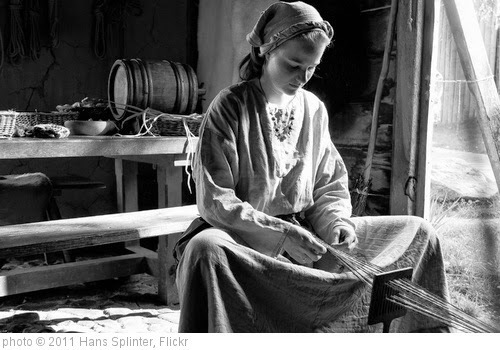 On September 19 the famous portrait of the Woman of Valour in Proverbs 31 came up in the lectionary. It's a rich but also problematic text that deserves reflection. I didn't reference it in the sermon but wanted to offer this reflection by Rachel Held Evans. As a modern woman of faith who wrote a book called A Year of Biblical Womanhood: How a Liberated Woman Found Herself Sitting on Her Roof, Covering Her Head, and Calling Her Husband 'Master' - Rachel Held Evans has a unique insight into this text. Here are the opening words of her blog:

It never fails. Every year, on the Monday after Mother’s Day I receive a flood of messages from women who spent yesterday morning grimacing through yet another Proverbs 31 sermon.

The pastors usually mean well. They want to honor women on Mother’s Day, so they turn to the biblical passage most associated with femininity, the one that culminates with what may be the most cross-stitched Bible verse of all time: “Charm is deceitful and beauty is passing, but a woman who fears the Lord, she shall be praised.”

But for women like me who grew up thinking of the domestic super-heronie of Proverbs 31 as just another impossible standard by which to mark my shortcomings as a woman, the passage can come with some…baggage.

That’s because, too often, we focus on the Proverbs 31 Woman’s  roles as a way of reducing womanhood to marriage, motherhood, and domesticity, when really, this passage is about character that transcends both gender and circumstance.

Read more of the 3 Things You Might Not Know About Proverbs 31 here.