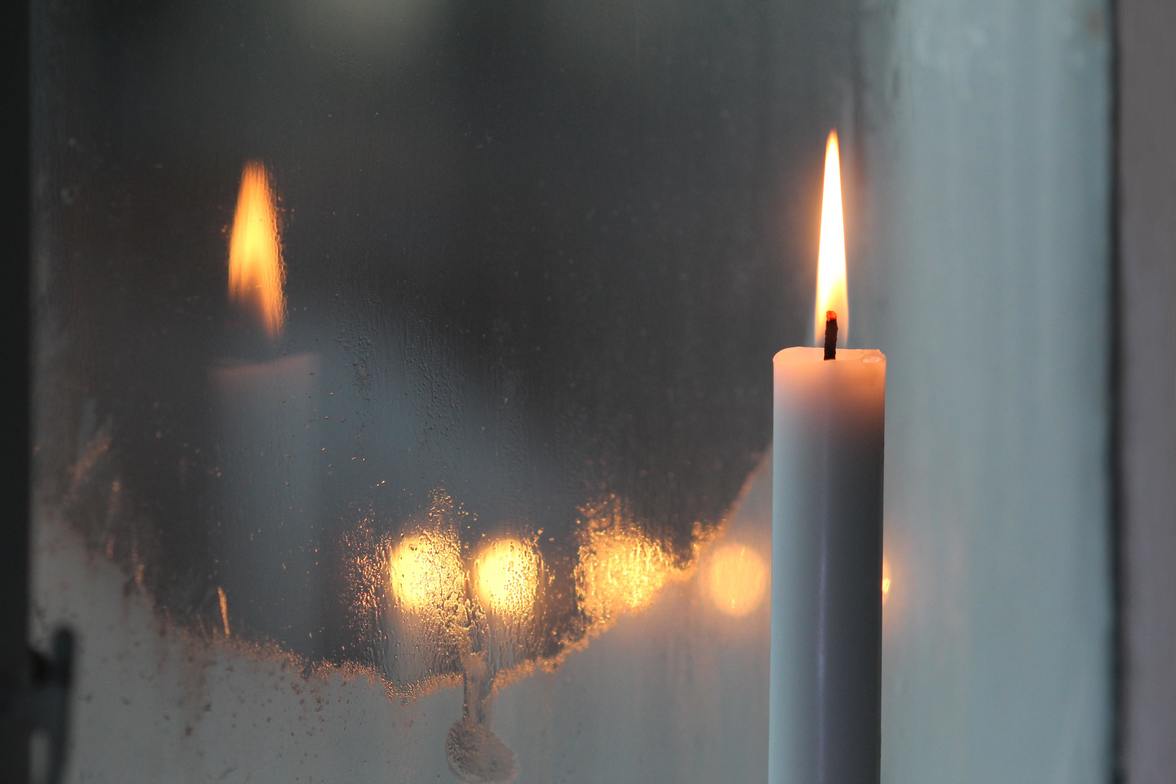 Part One of this brief series on Advent presented the season in its historical development. In that section we saw that, although the Roman custom of observing the four Sundays before Christmas as a time of eschatological reflection has been the norm since the seventh century, the season has had different durations in different times and places; the practice of a forty day period (approximately six weeks) was particularly prominent in Northern Europe until the high middle ages, and still persists in certain places. This observation might lead to a question: if the season has been different lengths in the past, why could it not be different again?

In Part Two we saw that the theology of the season is focused on the coming of Christ in three modes (past, present, and future), but with a strong accent on the end-of-time parousia in glory and majesty; it was noted that this theology is supported by lectionary readings that highlight end-of-time themes, beginning early in the month of November. Again, two questions might occur at this point. Is Advent really appreciated by most people today as a season of reflection on “last things” and action for justice in the world, or do they primarily see it as a time of countdown to Christmas and preparation for the coming of the baby Jesus? And if the lectionary readings in November are already highlighting eschatological themes, could those Sundays not be included in an extended season of Advent to greater effect?

This concluding reflection will make the case to extend the season of Advent from four to seven Sundays. There are three reasons for making this change, already hinted at by the questions above. First, an expanded season will be in better alignment with the readings of the Revised Common Lectionary as they already exist. Second, it will help worshippers enter more fully in to the eschatological themes that are already the primary focus of the season, as distinct from the incarnational themes that belong more properly to Christmas. Third, it will provide a more spacious season that resists the cultural pressure to devote all of December to preparation for Christmas. In making this case, I will follow closely the argument of William Petersen, the founder and convener of the Advent Project of the North American Academy of Liturgy.

The Problem
Christmas as a cultural celebration exerts a powerful force in shaping our worldview and social rituals. The commercial phenomena of Christmas preparation is well known to all: the products and advertising that hit store shelves earlier and earlier (it always seems) each year, the pre-Christmas sales of Black Friday and Cyber Monday that are said to sustain retail businesses’ profitability, the post-Christmas Boxing Day (and now Boxing Week) sales that extend the consuming season, the ubiquitous Christmas music heard in every mall and store from November on that bathes the shopping experience in nostalgia, and the infinity of decorations that adorn every commercial space and are produced for every home. All of this distracts Christians from attention to the reflection on the parousia (especially Christ’s coming at the end of time) that is historically and theologically the heart of Advent.

But on top of the cultural distractions, contemporary churches often collapse the meaning of Advent into a singular focus on preparation for the incarnation, and succumb to the cultural practices of Christmas. Preachers describe the season to children as a time of preparing for the birthday of the baby Jesus, Lessons and Carols services with their incarnational focus are scheduled as early as the beginning of December, Advent calendars decorate people’s homes, Sunday School Christmas pageants occupy a full Sunday’s worship time, musicians schedule the same Christmas carols for worship as are heard in the malls throughout December, and Santa Claus even occasionally makes an appearance at church events. Amidst the noise, nostalgia, and feverish hype of culture’s Christmas, the church reduces Advent spirituality to a weak repetition of what is also loudly urged by culture: to take “time out” and think about what is really important in life.

Seven Sundays of Advent: A Solution
The intent of an extended season of Advent is to help the church resist the enormous pressures of cultural Christmas, and form believers by an alternative way of keeping time, the way originally envisioned by the liturgical calendar.

Since Advent is all about the full manifestation of the reign of God in Christ—past and present, but especially the future—it makes sense to include the Sundays of November in the season. To look more closely just at the gospel readings for that month, the lectionary walks consecutively through Matthew 25 in Year A, offering the stories of the ten virgins awaiting the bridegroom, the parable of the talents, and the story of the sheep and the goats. All have to do with the unexpected arrival of Christ on the last day and how to appropriately prepare. Year B has stories from Jesus’ teaching in the temple, especially concerning its end, and Jesus before Pilate describing the nature of his kingdom. Year C gives us Jesus’ teachings in Luke’s gospel about the resurrection and the age to come, his warning of the temple’s destruction, and the scene of the crucifixion reminding of the nature of Jesus’ kingship. In all years the readings from the Hebrew Scriptures and the Epistles complement the themes of the gospel readings, all of them dwelling on the nature of Christ’s coming, what the fullness of God’s reign looks like, and how best to prepare. Including these Sundays in an expanded Advent would deepen people’s sense of the full meaning of the season.

A seven-Sunday Advent not only adds more scripture texts to complement and deepen the eschatological themes that are already foundational, it allows more time and space for worshippers to immerse themselves in those themes. Because of the social pressures of preparing for the cultural celebration of Christmas, people’s sense of time in December is dominated by the Christmas countdown; it is understandable that they should come to regard Advent in the church exclusively as a season of waiting and preparation for the nativity, since that is how they are keeping the season culturally. But if the season of Advent were to begin three weeks earlier there is an opportunity for people to mentally hold more space for the season.

There is such a rich trove of hymnody that reflects on eschatological themes, and so many songs that are associated with the season of Advent (“Wake, Awake for Night is Flying,” “On Jordan’s Bank the Baptist’s Cry,” and “Comfort, Comfort Now My People” are just a few that spring to mind) that church musicians often find it hard to give adequate exposure to this beautiful repertoire—especially with congregational pressure to include carols in the weeks preceding Christmas. An expanded Advent creates more space to celebrate this treasured hymnody.

It is true that the Sunday readings remain the same in November, whether that month were to be considered part of Advent or not; therefore opportunity already exists for worshippers to hold mental and spiritual space for reflection on the parousia and its meaning for their lives. It is also true that musicians are free to schedule the great hymns of Advent during the month of November if they choose. But naming the Sundays on or between November 6 and 26 de Adventu (“of the Coming”) can make a difference. It can help make clearer the connection that already exists between all seven of the Sundays before Christmas. The blue (or purple) paraments that adorn the worship space for this whole season can give a visual cue that it has a thematic and theological unity.

Seven Sundays of Advent: The Shape of the Season
Beyond the readings of the Revised Common Lectionary, what specific texts and practices would give content and meaning to an expanded, seven Sunday Advent? One way would be to use the well-known “O Antiphons,” the verses of the hymn “O Come, O Come, Emmanuel,” as thematic unifiers for each Sunday, as well as tying the season as a whole together in a unity.

The original setting of these antiphons was the monastic daily office for each of the seven days leading up to the Feast of the Nativity. John Mason Neale’s translations of the antiphons as the verses set to the melody of a fifteenth century French processional were a “larger canvas” on which to paint them, giving them greater exposure to the whole church; the contemporary popularity of the hymn attests to the power of the antiphons to speak to people’s longings and set a fitting mood for the season of Advent.

These antiphons could have an even larger canvas by making them thematic unifiers for each of the seven Sundays before Christmas. Each antiphon, expressing a title of Christ drawn from scriptures, could be assigned to a particular Sunday according to the following table:

There are a variety of ways to highlight the Christ-title of each Sunday and possibilities for accentuating its themes. The corresponding verse of the familiar hymn, “O Come, O Come, Emmanuel” could be sung each Sunday, perhaps at the lighting of the candles of and Advent wreath (composed, of course, of seven candles, not four). Instead of those designated in denominational worship books, collects based on each title could be used. Or they could be incorporated into the Prayers of the People as a response to each petition. Homilies might use the titles as a focus, and preachers might draw in additional scripture references that support the title. The Christ-title of the Sunday could be incorporated into the Eucharistic prayer.

A second specific way to give specific shape to the seven-Sunday season is through the Advent wreath. This is a custom of unknown specific origins but which has come into widespread use, not only as a domestic devotional practice but also within public worship. Congregations, often with the participation of children, ritually light a candle on this wreath for each Sunday of Advent, dramatizing the growing of the light of Christ as the days of Advent preparation continue. Expanding this wreath from four candles to seven is an obvious visual cue of the extended season. Naming the candles Faith, Hope, Joy, and Love (or some other such pattern: there is neither a traditional consensus nor official rubric about this) is a recent elaboration of the wreath custom that could be adjusted to highlight the Sunday-by-Sunday themes of the extended season; each candle could be named according to the Christ-title of the Sunday (i.e. Sapientia, Adonai, Rex gentium, etc.).

Conclusion
It is hoped that in our practice of a seven week Advent at Hope Lutheran Church, members will be able to more fully appreciate the themes and spirituality of the season, as outlined in the previous reflections. Instead of Advent feeling like a the beginning of our culture’s Christmas rush, perhaps it will feel spacious and quiet. In 2020 many of us feel that we are thrust into a season of waiting and wondering and hoping for a brighter future, whether we wanted it or not. Perhaps in our liturgical season of waiting we will find strength and hope to endure, knowing that Christ is coming soon – into our hearts and into our world – to mend and renew our hurting world.

Canoeing the Mountains, Nurturing Connections into the 21st Century