a reflection for Holy Week 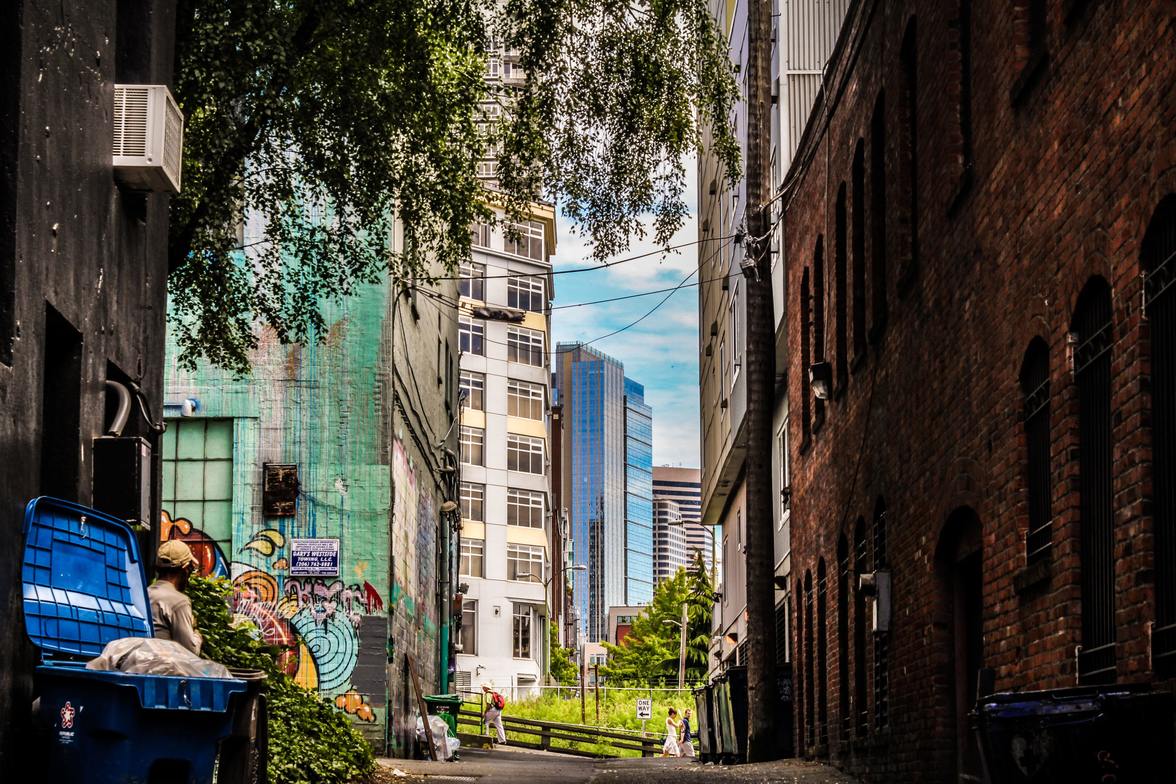 As part of my training for ministry I served an internship in a street ministry in the Downtown Eastside neighbourhood of Vancouver, “Canada’s poorest postal code.” This was a neighbourhood ravaged by homelessness, drug addiction, prostitution, abuse, mental illness and disease. I had never witnessed or even barely imagined the kind of challenges and suffering that people in that community faced every day, and the experience was transformative. I would like to think I learned to be a little less judgmental and a little more gentle with people in pain. I hope I came to have a little more reverence for the dignity of every human being, even when disfigured by the sometimes-terrible circumstances of life.

One moment in that year-long journey remains with me. It was December 1, World AIDS Day, and I had been asked to represent my organization, the Lutheran Urban Mission Society, at a community vigil commemorating those who had been affected by HIV/AIDS. There were many, many in the DTES who had. Everyone knew someone who had died of the disease, often caught from the sharing of needles. Everyone, that is, except me. I knew little of AIDS beyond the news headlines, and yet there I was being asked to address this group of sufferers as the Lutheran street Vicar. I was utterly at a loss.

So what do you do? If you’re a pastor-in-training you open your Bible and frantically, almost randomly search for a pious verse to read. I settled on a psalm, one that happens to be designated for Palm Sunday every year, Psalm 31. Since I could think of nothing else to say, I just introduced it by saying I had an ancient poem to read to them. Then I opened up my Bible and read to this group of AIDS sufferers, drug addicts, social workers, and homeless men and women:

Have mercy on me, O LORD, for I am in trouble;
my eyes is consumed with sorrow, and also my throat and my belly.
For my life is wasted with grief, and my years with sighing;
my strength fails me because of affliction, and my bones are consumed.
I am the scorn of all my enemies, a disgrace to my neighbors, a dismay to my acquaintances;
when they see me in the street they avoid me.
Like the dead I am forgotten, out of mind;
I am as useless as a broken pot.
My times are in your hand;
rescue me from the hand of my enemies, and from those who persecute me.
Let your face shine upon your servant;
save me in your steadfast love.

There was a silence in the room as I concluded. It stretched on as I nervously wondered if it was considered wrong to read the Bible at a secular gathering. And then someone at the back of the room yelled, “Yeah!” as he pumped his fist in the air. Suddenly everyone was cheering and clapping. The psalm had perfectly named the experience of these people who had been through so much. Grief. Failing strength. Affliction. Stigma. Helplessness. Uselessness. And in its opening and closing lines it had also named their deepest longings. “Have mercy on me.” “Save me in your steadfast love.” The silence was the grateful acknowledgement of having an experience known and named out loud, and the desire to linger with that feeling of fullness.

This moment became a lasting reminder for me of the power of the Word to speak to human experience, and to transform it. For in the moment of that cheer a room of people who had been alone in their suffering suddenly became united and aware at a deep level that they had company. In a way, the naming and sharing of their experience caused it to have less power over them. It was a small moment of redemption.

During the services of Holy Week this year, and in your personal prayers and devotions (there are scripture readings designated for each day – see below), I hope you will listen for the voice of Jesus who is present with you in whatever trial, great or small, that you may be going through. Because he was obedient to God, even to the point of dying on the cross, he can relate to anything we might be experiencing. Not only that, he wraps up our experience with his and in doing so, redeems it.

God’s blessings and peace go with you as we contemplate together the mysteries of Christ’s suffering, death, and resurrection in this holy week.

Photo by Elijah Macleod on Unsplash

Easter as Slow as a Bud in Spring Jesus' Prayer, Our Prayer