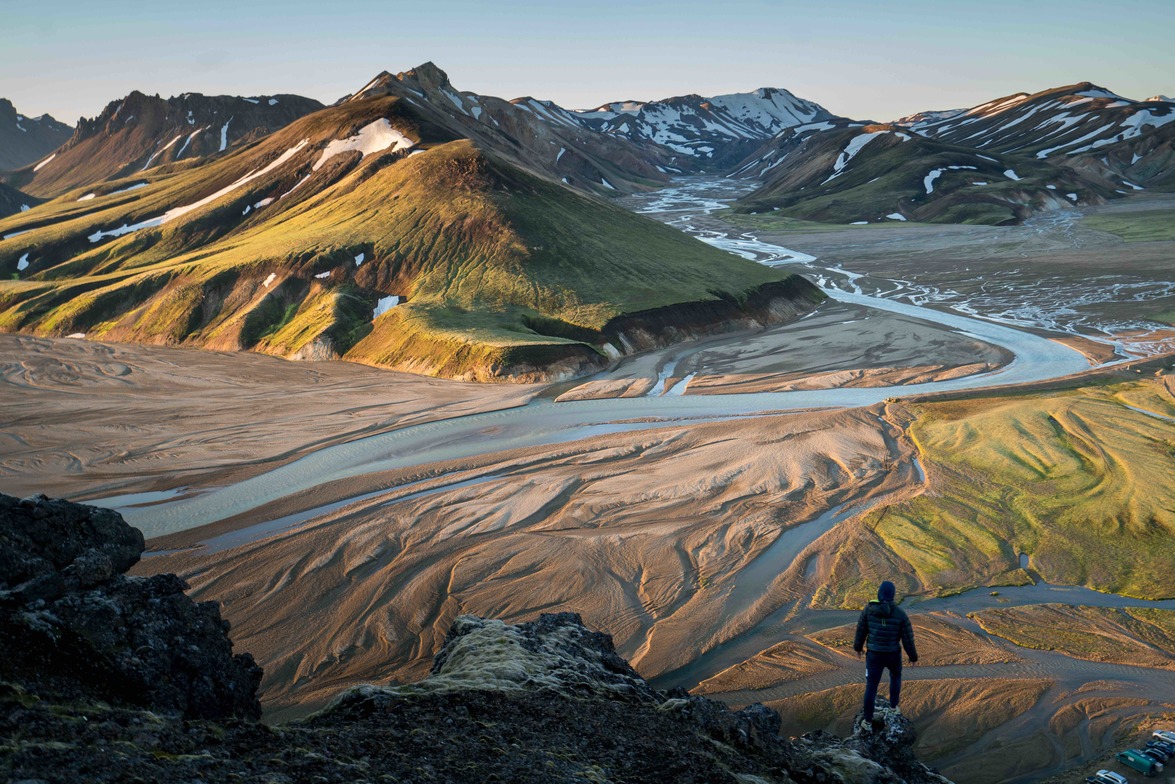 I would like to foster conversations in our community about our faith, which touches on the most profound matters of our lives. To help get the conversation going I’m providing a weekly set of questions that you can use to help tell parts of your faith story.

Here are this week’s questions:


What is one thing you would like to do before you die? Why?

When I was in university I took a course on the Icelandic Family Sagas that fired my imagination and stoked a desire to visit Iceland that only seems to get stronger as the years go by. I would like to see the glaciers and lava fields, the green mountains and the grey sea of Iceland before I die.

I took the course on the Sagas in the first place because I had been fascinated since I was a kid with Vikings. We had a big illustrated children’s book in our family that told the Saga of the Greenlanders, the stories of Erik the Red and Leif Eriksson who were the first European voyagers to North America. As I gazed at the pictures of these fierce men and women I felt pride that my ancestors had undertaken such journeys. As a teen I read with keen interest Farley Mowat’s (now very dated) Westviking (1965) that re-told the stories of the Norse explorers, mixed with archeological speculations.

Later in university I discovered that the Family Sagas are the medieval records, not just of the Viking voyages to Vinland, but of the whole settlement of Iceland. They are the stories of the individuals and families that made that north Atlantic island their home. They include tales of hardship, generosity, revenge, and adventure that are as vivid to the modern reader as they were to their first hearers. Characters like Egil Skallagrimsson, Aud the Deep-Minded, and Freydis Eriksdottir stand out for the fullness of their development as neither heroes nor villains but complex people navigating incredible challenges of nature and a frontier society.

Some time after university I discovered that one of Iceland’s great national poets was actually a settler who lived in Markerville, Alberta. Stephan Stephansson’s homestead is a provincial historic site. He wrote poetry—almost exclusively in Icelandic—late at night, after a hard day’s labor on his dairy farm. I love that it is filled with themes of nature, word pictures of both his native Iceland and his adopted homeland of Central Alberta. I’ve included one of my favorites of his below as a fitting cap to a reflection on what I’d like to do before I die.

All this—Viking adventures, family sagas, and modern poetry—has implanted in me a fascination with Iceland and its history. I would love to visit the Thingvellir (“assembly plains”) and the Lögberg (“Law Rock”) where elders, farmers, storytellers, and craftsmen would meet annually to make decisions of importance to society, making Iceland the oldest democracy in the world. I’m intrigued to see the bays and coves where the first settlers pulled up their knerrir (ocean-going long ships) onto the black sands and looked at their new world. I want to tour a museum that would replicate a Viking-era farmstead, to discover how people lived in those times.

As a lifelong hiker and more recently a mountain biker, I also have a renewed interest in seeing Iceland’s landscape, routinely described by tourist brochures as “primeval.” Volcanoes, glaciers, tundra, hot springs, geysers (the original Geysir that gave its name to all the other phenomena of its kind is actually in Iceland), rocky cliffs, and heaving oceans – I would love to see these in person. One day, before I die, I will.

When sunny hills are draped in velvet shadows
By summer night
And Lady Moon hangs out among the tree tops
Her crescent bright;
And when the welcome evening breeze is cooling
My fevered brow
And all who toil rejoice that blessed night time
Approaches now —
​
When out among the herds the bells are tinkling
Now clear, now faint,
As in the woods a lonely bird is voicing
His evening plaint;
The wandering breeze with drowsy accent whispers
Its melody,
And from the brook the joyous cries of children
Are borne to me;
​
When fields of grain have caught a gleam of moonlight
But dark the ground —
A pearl-grey mist has filled to over-flowing
The dells around;
Some golden stars are peeping forth to brighten
The eastern wood —
Then I am resting out upon my doorstep
In nature's mood.
​
My heart reflects the rest and sweet rejoicing
Around, above;
Where beauty is the universal language
And peace and love.
Where all things seem to join in benediction
And prayers for me;
Where at night's loving heart both earth and heaven
At rest I see.
​
And when the last of all my days is over,
The last page turned —
And, whatsoever shall be deemed in wages
That I have earned,
In such a mood I hope to be composing
My sweetest lay —
And then extend my hand to all the world
And pass away.

Photo by Joshua Sortino on Unsplash