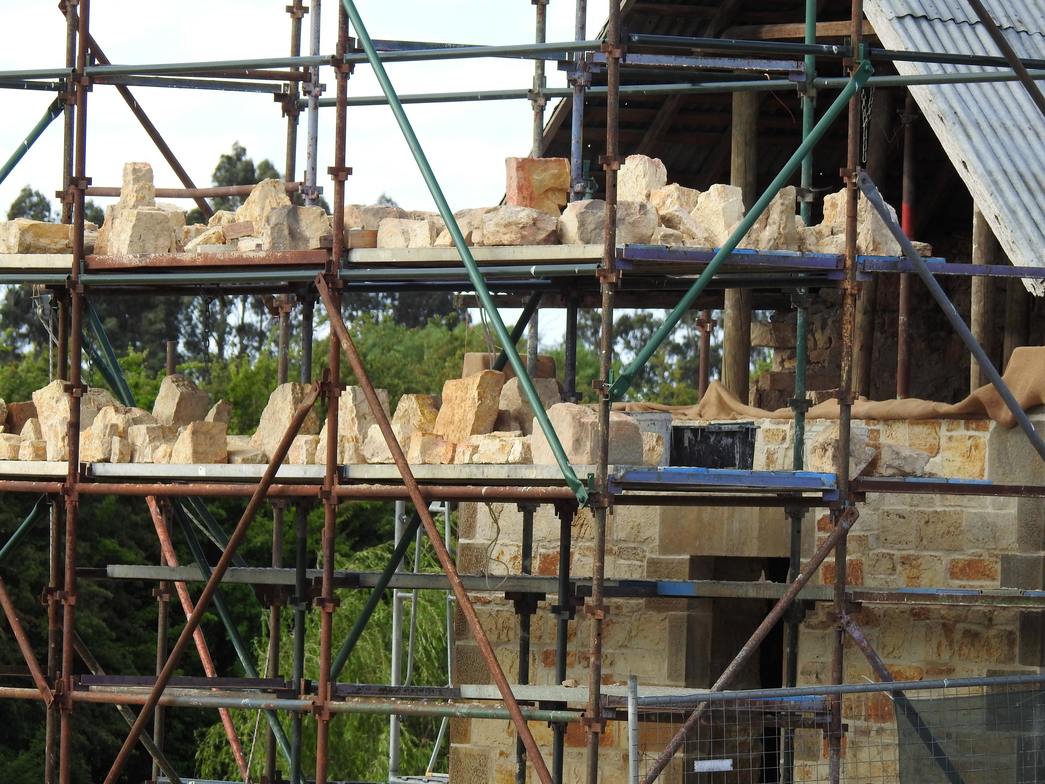 The last Sunday of October, closest to the eve of All Saints, is commemorated by Lutherans as Reformation Sunday, a day on which to reflect on our heritage as Lutherans. I’d like to imagine the headlines of a newspaper—let’s call it the Wittenberg Witness—recording the beginning of that history…

These are some of the headlines of our history, just a few of the high (and low) points of our family story. Each event or idea described by a headline is another block in the wall of our family home.

It’s a tumbledown kind of a place, an ambivalent inheritance. There are some very grandiose sections to it – we’re all particularly proud of the grand entrance with its archway that reads “Justification by grace through faith alone” – but there are also some shabby places and spots that are downright decrepit. To paraphrase C.S. Lewis, our family’s house is built of walls that have enough honour to raise the head of the lowest beggar, and enough shame to bow the head of the proudest king.

One thing about our house is that it is always under renovation. One of the foundation stones of the place contains a saying that has always been very important to us: ecclesia reformata sed semper reformanda, “the church reformed, but always needing to be reformed.” Always there has been conflict and controversy in our history. Always it has been over this issue: reformation! Which blocks need to be kept? Which discarded? The various renovation projects have been going on for centuries and they continue in our day.

In one way you could say we’re like the restaurant industry. It seems that restaurants have to completely redecorate their dining rooms every few years to stay current and popular with the customers.

Yet on the other hand, we are fundamentally different than a restaurant, which renovates to stay popular. The church continually reforms its doctrines and practices, not to be popular with the world, or to attract more people through the doors, or to be more hip and fashionable with current trends in culture – but to try to reflect more accurately for new times and places what the house of God looks like. We renovate because we have a master plan in mind, given to us by God in the Word. We change the place up, either because we got it wrong in the past, or because what we built then no longer reflects for our people God’s house of mercy and love.

In 2020 we are once again in the midst of a renovation of the house. This time it’s not about matters of faith and doctrine, but practice, especially our practice of church in time of pandemic. Public health measures have made gathering in person to sing our great hymns of faith very difficult. Technology has changed—and very quickly indeed—how we come together as communities of faith. We wonder how we can share the Lord’s Supper anymore. All these things are causing a renovation that’s taking place at breakneck speed, without a blueprint, experimenting with what works as we go.

One thing that remains constant is the grace and love of God that remains the same from age to age. The God of Luther’s great discovery, who is “for us,” whose righteousness is poured out freely, whose mercy endures forever—is still with us no matter the outward renovations to our sprawling house of Reformation. May the strong foundation of grace endure.

Feb 8
Casting Out the Demons