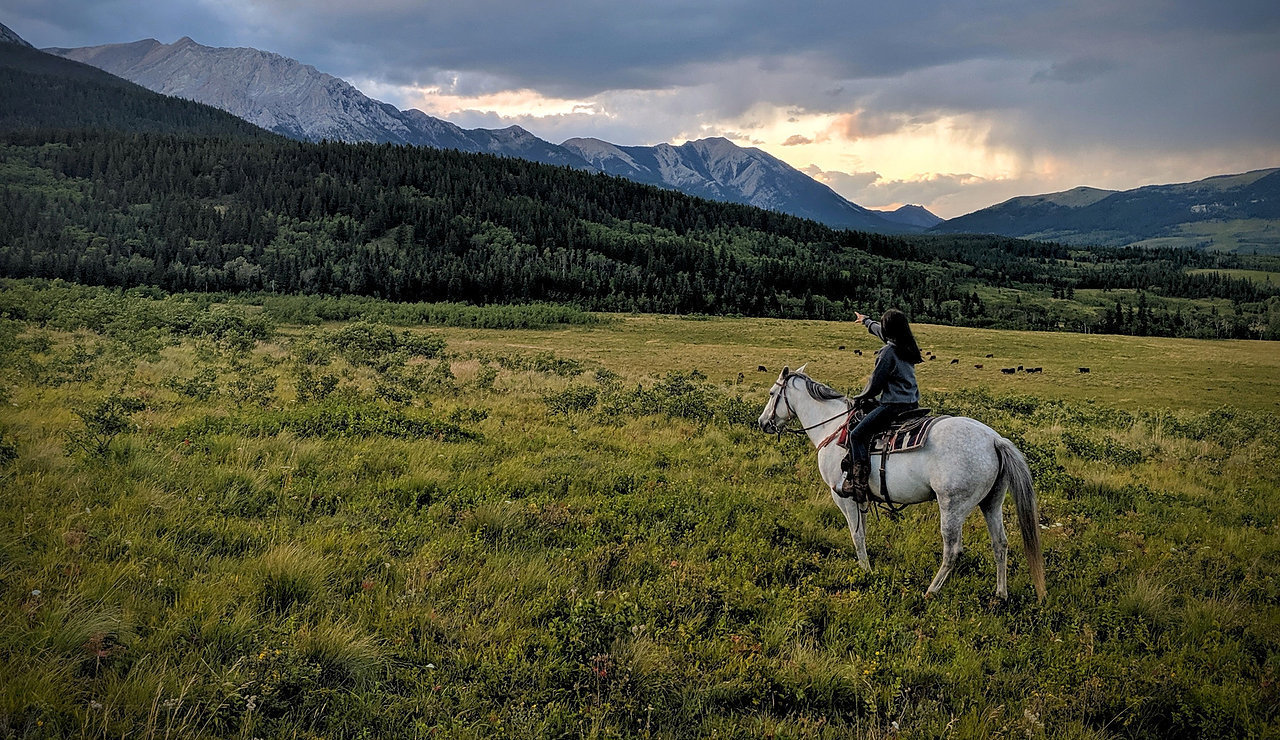 As we come up to Camp Sunday, June 6, I’m reflecting on the role of summer camps in my life and faith journey. I’ve been going to camp, really since I was a toddler. Growing up in Red Deer, my family was involved with Camp Kuriakos for years. I remember exploring the grounds at kids camps, and worshipping in the chapel at church retreats.

When I was in my teens my family decided to try a little more adventure at Wilderness Ranch. I was hooked immediately on the horses, the hiking, and the remote location in the foothills; I returned in following summers on my own for chuck wagon and pack trips. So much did I love the place that it became my ambition to work there, which I ended up doing for seven summers while I was at Bible school and university. Over time I worked in all the roles the camp had, from horse wrangler, to trail guide, to foreman.

At seminary I made a study of the origins and histories of all four of the Lutheran summer camps in Alberta. Later, in ministry in Camrose, I became more closely involved with Hastings Lake Bible Camp and Mulhurst (at Pigeon Lake), bringing confirmands on retreats and serving as resource pastor. And now in the last eight years at Hope I’ve become most involved once again at Camp Kuriakos where I started! I’ve brought our confirmands there every year (sometimes twice a year), and gone with Hope families to camp as I’ve served as resource pastor for the week.

What is it about summer camp that hooked me as a kid, and has kept me coming back over the years? Here are some of the gifts I’ve received through Lutheran outdoor ministries:

A lifelong love of the outdoors. At summer camp you spend most of your day outdoors, rain or shine, engaged in all kinds of activities. This was especially true at Wilderness Ranch were we slept in tents all summer long. As a late teen and then early twenty-something I just hated it when my boss, Pastor Dick Hanson, would wake me up at 5:00 in the morning to saddle my horse and go wrangle in the rest of the herd. But I eventually came to love those early morning times communing with my horse as the sun rose and the dew glistened in its rays. Today I love nothing more than getting in the saddle of my mountain bike and riding the trails around my home in the foothills. Camp helped me learn the language of “God’s first book,” the book of creation, and “read” it with joy.

Learning to cook. As a Guide at Wilderness Ranch, one of my jobs was to supervise cooking over the campfire. Amazingly, learning to cook simple things like chili and bannock in that rustic setting, ended up translating later to the kitchen. Today I take pleasure in cooking meals for my family, my favorites being the ones I can cook with only my big cast iron frying pan, just like I once had over the campfire. But cooking is only an example of the many real-life skills that I learned and developed in my camp years. Knowing that I could tackle and master skills like riding a horse, driving a 4x4, tying many kinds of knots, swimming, canoeing, etc, gave me confidence to meet the challenges of adult life.

Living in community. Camp life is intense. As a camper you are involved with other kids all day long. As a staff member you are living and working with a small group of people for months. In this context I learned people skills like naming my own feelings and needs, and listening for the cares and concerns of others. Pastor Dick used to tell us that if you left a small rock in your cowboy boot it might not bother you much at first, but if you didn’t take it out, after a while you’d get a pretty bad blister on your foot. “Has anybody got a rock in their boot they’d like to take out now?” he’d ask at staff meetings. Camp helped me learn the lessons of living in community.

Faith. It was incredibly important to me as a young person (camper, then staff) to have role models in faith. As a kid I had people to look up to, who were willing to talk about their faith, who modeled the way of Christian discipleship. As a young person on staff I had friends my age who were struggling with the same questions as I was, and who took their faith seriously as I did. That support was invaluable in nurturing faith in me during the years of questioning and growth.

Leadership. Last but not least in this list, camp nurtured skills for leadership in me. When Pastor Hanson hired me for my first year at Wilderness Ranch as a wrangler—a role that involved caring for horses, teaching riding skills, and leading trail rides: none of which skills I possessed!—he told me flat out, “That stuff I can teach you; what you have is a caring heart and a thoughtful faith, which is way more important.” I treasure his mentorship and the way he encouraged me to expand my skills for ministry by caring for campers and leading campfire devotions. These are things that led directly to me considering a call to ordained ministry.

Outdoor ministry has been incredibly formative for my life, and I’m sure many of you have your own experiences and stories to tell of what camp has meant to you. I hope you will join in worship on Sunday to be led by staff from Camp Kuriakos, singing familiar camp songs, and hearing the latest news of what’s up for the summer at Sylvan Lake. I hope you will join in supporting the ministry of Camp Kuriakos, to continue the ministry that has been so important to so many for generations.