Wisdom from the Desert: Stay Put!

Wisdom of the Desert Elders 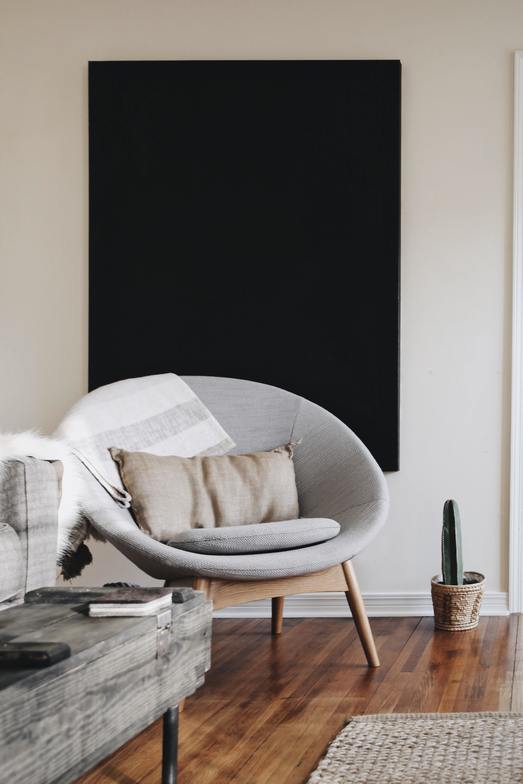 I’ve been thinking a lot these days about the Desert Fathers and Mothers. These were men and women of the fourth and fifth centuries who retreated from the world to pursue lives of prayer and holiness in the stark desert environments of Egypt, Palestine, and Syria. They were not interested in religion as a set of ideas or beliefs; they were interested in religion as a practice. Through prayer and fasting, meditation on the Word and acts of service to the neighbour, they pursued the transformation of their hearts, healing, and spiritual growth. They called themselves athletes (in Greek, ascetics) of the spirit.

I discovered the writings of these extraordinary men and women when I was in seminary. I was up to my eyeballs in theology, biblical studies, and the theory of pastoral practice – immersed in the world of theory and ideas. But when I picked up a book of the sayings of the Desert Fathers and Mothers I was grounded again in the practice of faith. These people were relentless in their pursuit of wisdom, which is lived faith. They wanted to live a compassionate, whole, and integrated life in alignment with God’s will and God’s ways, and they were absolutely committed to the path. They looked for the ways in which the Word could become flesh anew, in their own lives of discipleship. They didn’t just want information, they wanted transformation. They didn’t want to know about God, they wanted to know God.

It seems to me that in our day and age, when faith has so often been thought of as an abstract set of beliefs or ideas, when so many have lost trust in the institution of the church, and when there are so many seekers after a practical spirituality, the ancient elders of the desert have an important word to offer.

In the coming weeks I plan to explore more deeply some of the sayings and spiritual teachings of the desert elders. This may take some patience on our part. Sometimes their sayings and actions come across to us today as strange or oddball. But in every case there is method in what sometimes appears to us as their madness. We shouldn’t be surprised. After all, as the gospel of John declares, [The Word] was in the world, and the world came into being through him; yet the world did not know him. He came to what was his own, and his own people did not accept him. We don’t always recognize the good, the true, the beautiful, or the wise when we first see it. The desert monastics ask us to consider who is crazy: them or the world that judges them.

Here are the books that have been significant guides to me in the wisdom of the desert:

Wisdom of the Desert for January 10:

Amma Syncletica said, “If you find yourself in a monastery do not go to another place, for that will harm you a great deal. Just as the bird who abandons the eggs she was sitting on prevents them from hatching, so the monk or the nun grows cold and their faith dies when they go from one place to another.”

A brother came to visit Abba Moses and asked him for advice. The old man said to him, “Go, sit in your cell, and your cell will teach you everything.”

If a trial comes upon you in the place where you live, do not leave that place when the trial comes. Wherever you go, you will find that what you are running from is there ahead of you. So stay until the trial is over, so that if you do end up leaving, no offense will be caused, and you will not bring distress to others who live in the neighborhood.

There was once a brother in a monastery who had a rather turbulent temperament; he often became angry. So he said to himself, “I will go and live on my own. If I have nothing to do with anyone else, I will live in peace and my passions will be soothed.” Off he went to live in solitude in a cave. One day when he had filled his jug with water, he put it on the ground and it tipped over. So he picked it up and filled it again—and again it tipped over. He filled it a third time, put it down, and over it went again. He was furious: he grabbed the jug and smashed it. And then came to his senses and realized that he had been tricked by the devil. He said, “Since I have been defeated, even in solitude, I’d better go back to the monastery. Conflict is to be met everywhere, but so is patience and so is the help of God.” So he got up and went back where he came from.


Our minds are so restless. One thought follows another in rapid succession, and our attention flits from idea to memory to sensation. Always the task at hand seems to fade in importance as the chatter of our brains leads us from one thing to another. So often we believe that if only our context was different, then we’d be able to focus on or accomplish whatever it is. If only things were different around us, then we’d have peace of mind or fulfillment of our goals.

Teachers like Amma Syncletica and Abba Moses remind us that the problem is ourselves, not our circumstances, not the people around us. Our restless and sinful minds don’t want to look within, but instead focus all attention outside. But as the monk with anger issues found out, he just brought them with him, even when he was alone. The invitation of the Desert Elders is to stay put—in this job, in this relationship, in this place—and come to terms with our own selves. To pay attention to what is within, and to tend to the immediate task at hand—this is the only way to grow in holiness.

To me, this wisdom is an encouragement in this time of COVID, when so many of us find ourselves even less able than ever to change our outward circumstances. We are confined to our cells, not by choice, and yet perhaps we can find a gift in it. We have the opportunity to sit still and pay attention to ourselves and the small tasks at hand. The promise of the Desert Elders is that therein can lie the path to true growth and change.

Photo by Philipp Berndt on Unsplash

Jan 11
"The heavens were torn apart"

Wisdom of the Desert 2: Be quiet! Wisdom from the Desert: Stay Put!