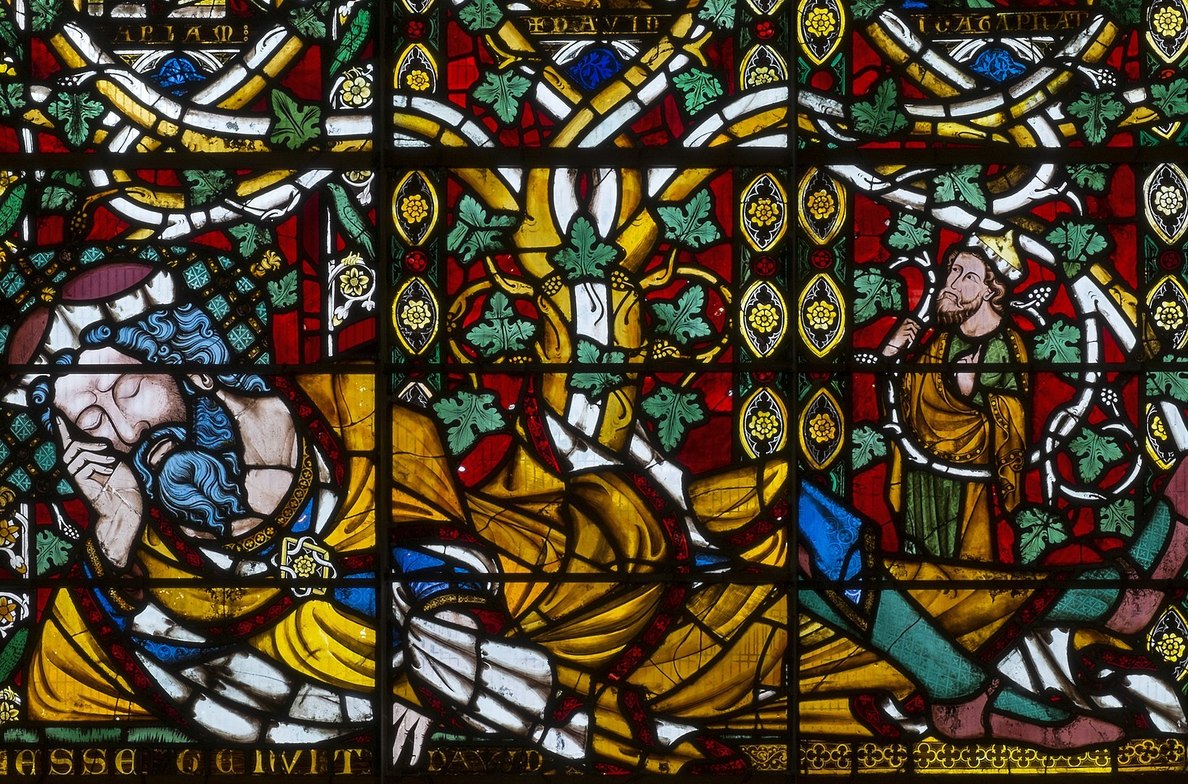 Advent is a season of waiting and expectation for the coming (“adventus”) of the Lord: in majesty and glory at the end of time, in Spirit and power in the present, and in the vulnerability of the flesh at the Nativity. Its sometimes-contradictory moods and themes include repentance, hope, joyful preparation, action for social justice, and the interiority of prayer. In the contemporary church Advent is celebrated on the four Sundays preceding the Feast of the Nativity on December 25.

But Advent hasn’t always been celebrated as it is today. As a season of preparation it has sometimes been practiced as a lead-up to Epiphany (January 6), sometimes Christmas (December 25). In some places it wasn’t a preparation for any other festival, but a season by itself, with its own spirit, themes, and integrity. Advent has also varied in length, anywhere between three and seven weeks. In some places Advent was a celebratory time of baptismal preparation, in others a penitential time of purification in preparation for Christ’s return at the end of time.

The Advent that we know today is, in fact, a merging of many tributaries and streams of tradition that have flowed down to the present. The Pastor’s Pages in the coming weeks will travel back upstream to discover the historical, theological, and biblical sources of the river of Advent tradition.

Evidence for the ways in which the season of Advent was observed by the church in antiquity is fragmentary and points to multiple sources for the season encompassing the four Sundays preceding Christmas that we know today. The diversity of sources (geographic and chronological) explain the related but disparate themes and theologies of the season that are familiar to contemporary worshippers. The starting place for the story of Advent is a brief account of the histories of Epiphany and Christmas, festivals of the manifestation of God’s reign in the world, for which Advent in some form has usually been a time of preparation.

Epiphany and Christmas
Epiphany, January 6, is older than Christmas, with the earliest evidence of its celebration dating from the early third century in Egypt in a note from Clement of Alexandria. Coinciding with both the time of the annual flooding of the Nile and the Eastern calculation of the date of Christ’s coming into the world, the January 6 Epiphany was always a baptismal festival, celebrating the new life of God in the world (in Christ) and in the individual believer (through baptism). Eventually the celebration of the Epiphany spread to all parts of the church, East and West.

The first evidence for the celebration of the nativity of Christ comes from mid-fourth century Rome. Whether it was added to the calendar as the result of a calculation of Jesus’ birth date based on the March 25 Annunciation or an effort to supplant the pagan observance of Dies Solis Invicti, the Day of the Invincible Sun, remains an unsettled issue. Whatever the case, the observance of Christmas seems to have spread only slowly to other parts of the church. When it was accepted, it was as a companion to the older celebration of Epiphany on January 6, and seen as another of a series of manifestations of the Son in the world. (The others were the Baptism of Jesus, the Visit of the Magi, and the Wedding at Cana.) By the middle of the fifth century, December 25 was accepted by most churches as the day of the nativity.

Advent Origins in Spain, Italy, France, Rome, and the East
There is a cross-cultural human pattern of observing a fast in preparation for a feast. This pattern is borne out with regards to the development of the season of Advent. References to the major feasts of Epiphany and Christmas come relatively early in the historical record; later follow fragmentary indications of preparation periods. These various customs and practices can be thought of as streams and tributaries to the river of Advent tradition that flows down through history to the present time.

The earliest reference to a time of preparation that could be a genesis of our Advent comes from the year 380 when church authorities met in Saragossa, Spain, to define doctrine and regulate church practice. In their fourth canon they defined a twenty-one day period (December 17 to January 6) of preparation for the feast of Epiphany. Their intent was to restrict individualistic and solitary ascetic practices, and instead mandate that the community should gather for shared worship. If Epiphany was a time for baptisms, the intention may have been to encourage community support of the baptismal candidates. Thus in this early tributary to the stream of tradition that became Advent, there is indication of a three-week season of communal and liturgical preparation leading to baptism at Epiphany.

At around the same time as the Council of Saragossa was setting forth its canons, Bishop Filastrius of Brescia, in northern Italy, wrote, “Through the year four fasts are celebrated by the Church: the first at [Christ’s] birth, then at Easter, the third at the Ascension, the fourth at Pentecost.” Here is the pattern of fasting before feasting. Though nothing can be discerned about the length of the period, in this tributary to the stream of Advent tradition we have again a season of preparation, but this time—and in contrast with the communal, liturgical, and even anti-ascetic practice in Spain—with an ascetic character (fasting), and leading up to Christmas, not Epiphany. Later sermons and liturgical books from the same region of northern Italy testify to varying practices in preparation for Christmas: two- to five-week fasts, and liturgical times of reflection on themes of eschatology (“last things” or “endings”).

A hundred years after Bishop Filastrius, and over the Alps in Tours, France, a forty-day fast was being observed from November 11, the feast day Martin of Tours, until December 25. It was called by Bishop Perpetuus (d. 490) “Saint Martin’s Lent”. The connection between Lent and this winter season of fasting established the lead-up to Christmas in the Frankish empire as a time of asceticism and individual penitence. In northern Europe the tradition of observing a forty-day fast before Christmas lasted for centuries.

Rome was late in adopting a distinct pre-Christmas season, even though the December 25 feast originated there, but the pattern finally established of a four-week season was eventually adopted by most of the rest of the western church (the Ambrosian Rite in Milan and the Mozarabic Rite in Spain practice a longer Advent to this day). The first mention of Advent by name is from sixth century Roman liturgical books. In these sources, out of the six Sundays before Christmas the first five were called de adventu (Lat. of the approach, arrival, or coming) and the sixth, or the Sunday immediately before Christmas, was labeled Dominica vacat (“Sunday time”), reserved for an observance unique to Rome, an Ember Day of fasting. During the liturgical reforms of Pope Gregory I (590-604), the season now coming to be known as “Advent” was shortened to four weeks in length. It was also considered to be not the beginning of the liturgical year as today—that was the feast of the Nativity—but the year’s conclusion. Perhaps owing to its roots in Rome’s pre-Christian Ember Days of fasting, the character of the season was strongly eschatological, with readings focusing on the coming of Christ at the end of time. It had its own integrity as a season, independent of Christmas for which it was not seen as a time of preparation.

Although its origins are obscure, the Eastern church also observes a season of preparation for the manifestation of Christ in the world, but leading up to Epiphany on January 6 rather than Christmas. Beginning on November 15, this approximately forty-day period is known as St. Philip’s Fast (whose feast day is on November 14 in the Eastern calendars), and patterned on the Lenten preparations for Easter. The theological focus of the season is illumination and the growth of the light in the world, fully manifest at Epiphany.

This brief survey of early sources of Advent shows a season that was practiced for different periods of time in different places, and with different themes and purposes. Coming from the Council of Saragossa in Spain in 380 there is a suggestion of a three week time of liturgical preparation for baptism. Around the same time in northern Italy a fast of unknown length is mentioned as a preparation for Christmas; later sources from that region testify to fasts varying between two and five weeks, and communal reflection on eschatological themes. A century later in Tours “St. Martin’s Lent,” a forty-day penitential season of fasting between November 11 and December 25 is practiced; this would become standard throughout northern Europe for the next several centuries. Rome developed its own unique observance of a four-week period at the conclusion of the year before the new liturgical year started on December 25, influenced by its pre-existing tradition of Ember Days, that was a time of eschatological reflection. In the East a theology of illumination characterized the forty day season of anticipation that prepared for Epiphany on January 6. Each of these regional Advent traditions contributed to the multi-layered meanings of the season as it is practiced today.

In this brief historical survey of the development of the season of Advent we have seen that, although the Roman custom of observing the four Sundays before Christmas as a time of eschatological reflection has been the norm since the seventh century, the season has had different durations in different times and places; the practice of a forty day period (approximately six weeks) was particularly prominent in Northern Europe until the high middle ages, and still persists in certain places. This observation might lead to a question: if the season has been different lengths in the past, could it not be altered again?

Next week we will delve into the theology, spirituality, and biblical foundations of Advent and ask how we can best enter in to the Spirit of this season today.

Petersen, William H. What Are We Waiting For?: Re-Imaging Advent for Time to Come. New York, NY: Church Publishing, 2017.

Image is of the world-famous fourteenth-century 'Jesse window' of St. Mary's of Shrewsbury, filled with figures of Old Testament kings and prophets, ancestors of Jesus. Image of Jesse at the base of the Tree.