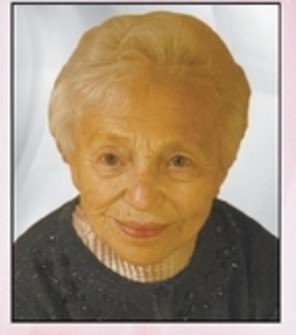 It is with great sadness that we announce that Elfriede Erna Kerkovius of Calgary, AB, passed away from this world peacefully in the early hours of December 16, 2021 at the age of 94 years.

Elfriede was the last child of Franz and Elisabeth Kerth of Groß-Partenschin, a rural community in the Danzig Corridor of Poland, formerly West Prussia. In January of 1945, when Elfriede was attending boarding school in Torun, she was forced to flee towards Germany with her teacher and classmates before the advancing Russian forces. Many of her classmates perished during that escape. By 1948, and with the assistance of the Red Cross, Elfriede was reunited with the remaining members of her family in Duesseldorf. In Duesseldorf, Elfriede enrolled in a training program with the Evangelical Diakonieverein to be a nurse, and she continued to work in their hospital there until 1954.

In 1954, Elfriede decided to place as many miles as possible between herself and the horrors of the war. She borrowed the fare for a passage to Canada from her brother Reinhold and immigrated to Alberta. For the first years in Canada, she worked as a nurse in Cold Lake and then Wainwright. To Reinhold's surprise, Elfriede travelled back to Germany in 1956 to repay the loan for her passage. In 1957, she attended a costume ball in Edmonton, where she met the love of her life, Hans Kerkovius. Hans and Elfriede married in 1957 and were inseparable for the next 62 years. Her two sons were born in 1958 and 1960.

With her family, she spent time living and working in Edmonton, Vancouver, Calgary, Los Angeles, Cranbrook and Kelowna. Her longest lasting employer was the Bethany Care Centre in northwest Calgary, where she worked for 25 years, most of those as a head nurse.

Elfriede is survived by her sons, Lex Kerkovius (Lillian) and Andre Kerkovius (Coleen McKeon) both of Calgary, AB; and her grandchildren, Madeline and Sepp. Her husband Hans predeceased Elfriede in 2019.