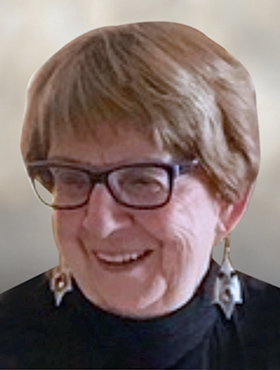 Elizabeth Erhardt (nee McPhee), beloved wife of Reginald Erhardt, of Calgary, AB, passed away on Sunday, July 31, 2022, at the age of 83 years.

Betty was born in Birch Hills, SK, on February 15, 1939. She graduated from Melfort Collegiate High School, and later went to the University of Saskatchewan in the School of Nursing. While attending, she was elected to the Student Representative Council. She was particularly proud of receiving the Dr. Gerrard Pediatric Nursing Award from the University of Saskatchewan upon graduation. Betty married her husband of 61 years, Reginald on September 10th, 1960. She was a member of the Hope Lutheran Church and volunteered with Inn From the Cold. She went on to work as a Pediatric Orthopedic Nurse with Alberta Children's Hospital for 32 years, until her retirement in 1995.

Betty was very social. She delighted in spending the last 50 summers at the cabin entertaining, relaxing, and feeding large extended family and friends, and especially playing cards. Away from the cabin, she rarely missed an event involving her children and grandchildren where she would sit in the front row and express her pleasure or concern with exuberant enthusiasm. Betty enjoyed extensive travel across Canada, Mexico, United States, Europe, and especially Germany where they made many lifelong friends.

Betty was predeceased by her parents, Ila and Colin McPhee; brothers, Gordon and Jack McPhee; and her sister Thelma Price.

Betty’s family would like to extend a special thank you to the many friends and relatives that have expressed their condolences and delivered meals and sent flowers. Those wishing to remember Betty can consider making a donation to Alberta Children’s Hospital.

Canoeing the Mountains, Nurturing Connections into the 21st Century