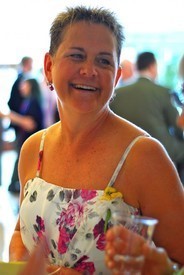 Judy Persson THOMAS passed away peacefully in Calgary on Monday, January 13th at age 67, after an unexpected diagnosis of pancreatic cancer in December.   At the time of her passing her favourite song was playing and she was surrounded by close family members holding her hands and speaking words of hope and love.  She left this world very serenely and beautifully.   Judy was born on August 27, 1952 in Prince Albert, Saskatchewan.  She was the daughter of Ron Persson, a civil engineer for Parks Canada and Bessie Persson, a nurse.  She had three siblings, brothers, Roy and Ken, and sister, Marian.   During Judy’s childhood her father’s job led to frequent moves for the family to locations in and around many of Canada's national parks.  She lived in Waskesiu, Jasper, Lamont, Banff, Ottawa and Cornwall before settling down long-term in Calgary in 1967.   Judy attended William Aberhart, the same high school her future children would attend in Calgary, before graduating from the University of Calgary in 1973 with a Bachelor of Education (with distinction) degree with a major in Music.  She followed this up with post-graduate studies at the University of Connecticut focusing on education for gifted children in 1979-80.   A passionate teacher, she worked for 34 years with the Calgary Board of Education, specializing in French, Music and education for gifted children.  During her career she taught across Calgary, including stints at Maple Ridge, Jerry Potts, Oakley Centre, McKay Road and Ranchlands schools.  The latter part of her career was spent at Hillhurst school teaching in the Gifted and Talented Education (GATE) program.  She also conducted workshops at Teachers Conventions in French and Music for Addison-Wesley and the Alberta Teachers’ Association.   Judy married Steve Thomas in 1981 and gave birth to Christopher in 1982 and Anne in 1984.  She was a loving and supportive mother to both kids, inspiring them to develop skills in music, French and athletics.  She also encouraged them to pursue their own interests and offered unwavering support as they grew into individual adulthood.  Both kids achieved a high degree of success at the local and provincial levels in debate, thanks in part to Judy’s support and volunteering.   She was famous for her hospitality to her children’s friends and always made the Thomas home a warm, welcoming and fun environment to grow up in.  She was a kind and gracious mother-in-law when Christopher married Caroline Becker in 2008 and when Anne married Adrian Harding in 2010, warmly embracing Caro and Adrian as new members of the family.   Judy became a grandma four times over between 2009 and 2018 and was intensely devoted to Peyton (10), Edward (6), Bobby (6) and Allie (1).  She eagerly provided regular childcare and loved to take her grandchildren on outings to the Calgary Zoo and Science Centre, as well as swimming, curling and bowling at the Calgary Winter Club.  She was an enthusiastic supporter for her grandkids in all their sporting, musical and artistic endeavours.   Judy loved to travel and enjoyed annual summer vacations to Waskesiu Lake in Saskatchewan with her family, a tradition she enjoyed with her own parents and carried on by her children today.  She also toured the world with Steve in their retirements, taking trips to Mexico, the Bahamas, Hawaii, South Africa, Namibia, Zambia, Botswana, New York City, Ecuador, Argentina, Chile, England, Greece, Vietnam, Cambodia, Thailand, New Zealand, Portugal, Croatia, and Slovenia.  Judy took her first cruise to Alaska just last September and thought that could be something to do more of as she grew older.  She was a kind-hearted, open-minded and inclusive woman who enjoyed visiting and learning about other cultures.   She was an avid and skilled curler at the Winter Club in a number of different leagues.  While she always said curling is about the "wings and beer" she managed to win her share of league championships.  She was a fierce competitor on the ice but a fun and friendly teammate or opponent off it.  She also enjoyed swimming, hiking and cross-country skiing.  She was a sports fan who loved watching curling, live or on TV and was a season ticket holder for the Calgary Cannons and the Stampeders.   Judy loved music, especially Beethoven.  She was an accomplished musician and spent a number of years playing clarinet for the Calgary Concert Band.  She also reluctantly played piano and guitar and was working on the harp.  She supported many theatre companies in Calgary as a season ticket holder and enjoyed going to shows abroad, especially in New York and London.  She loved to dance.  She and Steve were usually among the first on the floor at dances and parties.  They shared the joy of life which comes from not caring what others think.   Judy marveled at the beauty of nature, especially mountains, forests, lakes, stars and sunsets.  She excelled at appreciating beauty in the moment.  On many road trips with her family she would often call out “pretties,” a sign for others in the car to make note of and take in some natural beauty around them.  In Waskesiu she rarely missed a sunset, watching through the trees at the multi-coloured glow slowly descending over the lake.   Judy had a beautiful and loving Christian faith in which she found great strength and hope near the end of her life.  She was active in music leadership at Hope Lutheran Church, where she directed voice and handbell choirs.  Her warmth and hospitality extended outside the home, and she always made people feel welcome and accepted whatever the environment.   The family thanks friends and relatives for the hundreds of messages, well-wishes, thoughts and prayers that Judy received from all over the world during her last month.  She was truly able to see how much she was loved and how many lives she impacted during her time on earth.  She was a wonderful and loving wife, mother, grandmother, and friend.   Donations can be made in Judy’s name to the Waskesiu Foundation (www.waskesiufoundation.ca), the Calgary Health Trust (www.calgaryhealthtrust.ca), the Canadian Mental Health Association (www.cmha.ca) or the charity of your choice.