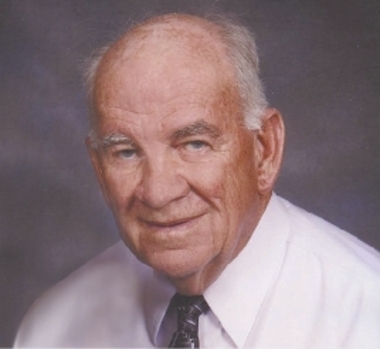 Ray was born in Swift Current, SK on July 18, 1933 to parents, Fredrik and Mathilde Johnson. Ray’s parents both emigrated from Norway and met in Saskatchewan where they farmed north of Swift Current in the area of Leinan. Ray grew up on the home place along with his three sisters and three brothers. Ray decided as a young man to leave the farming life and head west to the big city of Calgary where his older sister Esther was already living. Ray roomed and boarded with a lovely woman we affectionately came to know as Grandma Schumann who eventually moved into Brentwood Care Centre in her final years; the care home where Ray would also live his last three years. Ray held a few different jobs in Calgary that began his preparation for a life-time career in the automotive business. He became a member of Trinity Lutheran Church where he sang in the choir and was a member of “Luther League”.  It was through the social activities of Luther League where Ray met the love of his life Shirley Hilland, a young farm girl from Camrose who had also struck out on her own to explore the city life of Calgary. Ray and Shirley married in Calgary on June 20, 1959. Working with his brothers-in-law, Ray began his career in the service station business and soon after operated his own service station (Queen’s Park Esso). It was a great career for Ray as he loved cars, fixing things, and genuinely enjoyed helping people. Customers and staff recognized and respected that they were dealing with an honest and hard-working businessman. Shirley was also a pivotal partner in their business as she maintained the book-keeping and also kept things running smoothly on the home front.

Ray was a long-time member of the Sons of Norway and Scandinavian Centre in Calgary and he and Shirley were active in the volunteer service and support of those organizations. Ray and Shirley also squared danced many years with the Dots and Dashers, one of the highlights of this activity was their participation in the opening ceremony of the 1988 Calgary Olympics.

Ray’s most memorable vacations were two trips to Norway to explore his parents’ birthplaces and meet Norwegian relatives. Ray and Shirley were blessed to spend many years “snowbirding” in Florence, Arizona, and also enjoyed their cabin in Sicamous, B.C. for over thirty years. He will be fondly remembered for his gentle and quiet manner, witty sense of humour, his ability to fix/repair almost anything, and his love for his family. No matter what, no matter when, Dad was always there for you.

A Memorial Services will be held at Hope Lutheran Church (3527 Boulton Road N.W., Calgary, AB) on Wednesday, October 27, 2021 at 1:00 p.m. Those attending will be asked to confirm one of the following, (A) COVID vaccination (date requested), OR (B) a negative COVID test (within 72 hours), OR (C) Medical exemption AND valid government identification (with name & date of birth) OR (D) Under 12 years of age. Those unable to attend Ray's service in person are invited to view the Memorial Service streamed live, at https://www.youtube.com/channel/UCcGhX84mc4AVQ4aM8R751iw. Graveside Service to follow at Queen’s Park Cemetery. COVID Protocols will be strictly followed. If friends so desire, memorial tributes in Ray’s name may be made directly to Hope Lutheran Church Calgary, www.hopelutheran.ca or Sons of Norway Foundation Canada, www.sonfic.ca. Condolences, memories and photos can also be shared and viewed here.

Family would like to extend heartfelt gratitude and appreciation to health care staff at Brentwood Care Centre (Morrison unit) and Hillcrest Care Centre.