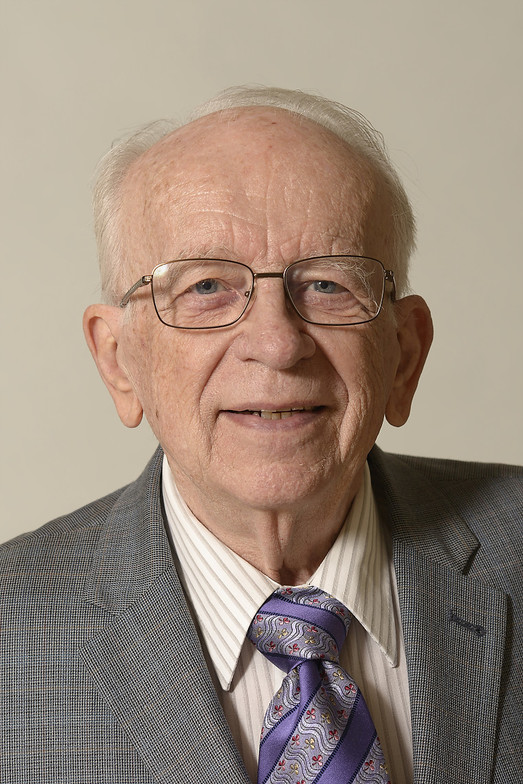 Ron was faithful to his Lord all his life, and entered in the ministry as a Lutheran Pastor after achieving his Bachelor of Arts at Capitol University in Columbus, OH, and his Bachelor of Theology at Trinity Lutheran Seminary also in Columbus. Ron’s first parishes were in southern Saskatchewan. In the summer of 1966, they moved to Toronto, ON where Ron served a Lutheran parish there, and then later worked as a Chaplain at two hospitals in the Toronto area. While in the Toronto area, Ron also served as Secretary on the Agincourt Ministerial, and helped to establish a pre-marriage interfaith counselling program with 6 different churches. Later parishes were in Moose Jaw SK, Melville SK, Scandia and Enchant AB.

In the summer of 1997, Ron and Barb retired to Calgary where Ron served on the Alberta Synod Board of the ELCIC, was Chairman and Vice-Chairman of Lutheran Hospital Ministries, and later a Continuing Volunteer Visitor at Foothills Medical Centre. Ron was also very active in his current church, Hope Lutheran Church in Calgary.

In 2010 Ron and Barb relocated into the Horizon Village Varsity, and have lived there since. During this time Ron served the HVV as the Winter Maintenance Chair, a Board Member, and Recycling chairman.

Ron enjoyed working on vehicles, did most of his own repairs and maintenance, and passed along his knowledge to his sons and daughters. He loved almost any kind of tinkering, and particularly enjoyed being able to take something that didn’t work, and make it work again when other people couldn’t.

Ron and Barb enjoyed travelling together and making new friends, both in their church and in their community.

We will always treasure our memories of our father, friend and partner. We will miss his big smile, jokes, and stories.

Rest in Peace Ron, cradled in the arms of the Father.

Condolences, memories and photos may be shared and viewed on Ron’s obituary at www.McInnisandHolloway.com.  Memorial Service information will be forthcoming.

In living memory of Rev. Ronald Weatherington, a tree will be planted in the Ann & Sandy Cross Conservation Area.