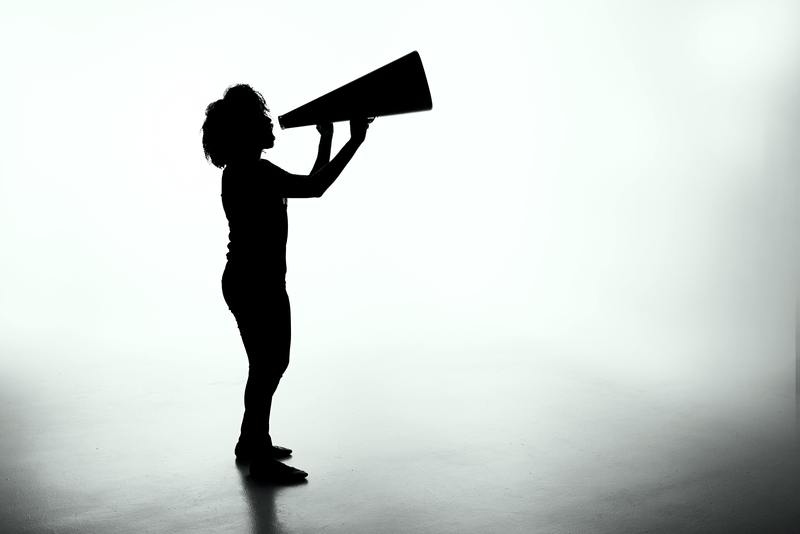 Who speaks for God? How do you know when it is truly “the Word of the Lord” you’re hearing?

When the people of Israel left Egypt and then wandered in the wilderness those forty years, the answer to this question was simple: Moses. Moses speaks for God and the words he delivers can be relied upon to be the “Word of the Lord.” When the forty years were over, however, and the people were about to enter the promised land, Moses wasn’t going with them. So the people wondered, How would they know authentic God-talk when they heard it? Who now speaks for God? In response to this question, Moses gives the instructions and promise contained in our first reading.

But first, back up a few verses and we hear Moses first lay out what authentic God-talk is NOT. Who does NOT speak for God. He’s pretty clear and specific. Diviners, soothsayers, augurs, sorcerers, magicians, mediums, and oracles are all to be avoided. None of them speak for God. All their practices are ‘abhorrent to the Lord.’”

Why? It’s because these are all ways to manipulate or control God, to meet God and hear God speak—but only on our own terms.

And they’re not just ancient or arcane practices either. In magic or sorcery, we try to harness supernatural powers for our own ends. Sometimes our prayers have this quality of magic-working—when we try to tell God exactly what to do and how we want it done. Sometimes we make bargains in hopes of enticing God into the action we want. On the other hand, there are times we don’t really want the responsibility of making decisions. Should I do this or that? we wonder, and we hope God will tell us what to do, with the guidance of some kind of soothsayer, augur, medium, or oracle. “Give me a sign,” we pray.

But Moses says that God’s people of Israel do not attempt to control or manipulate God. Such things are not what we do in healthy relationships. Instead we listen and speak with respect and love. And who will speak for God in this relationship? A prophet. The Lord your God will raise up for you a prophet like me from among your own people; says Moses, you shall heed such a prophet. Authentic God-talk comes not from diviners, but from prophets.

But now the question of who speaks for God is just deferred. Who, then, is a real prophet?  Scripture asks this question in the words immediately following our first reading.

The prophet’s words must “prove true.”

On first hearing it sounds like a prophet’s business is to make predictions about the future. The mark of authenticity is whether the things the prophet says will happen, actually end up happening. But more to this.

A prophet tells the truth about what is.  Some people say that prophecy is not “foretelling;” it is “forth-telling.”  That is, telling the truth about God and about our world. That’s all. In a world steeped in “fake news,” soaked with politically correct speech, and saturated with marketing talk and propaganda, a prophet speaks with simplicity, directness, and clarity about what is. As scripture puts it, a prophet’s words “prove true.”

It can sometimes be difficult to listen to a real prophet. Sometimes we’re like the character in the movie who “can’t handle the truth” because it challenges us in uncomfortable ways. In this light, the “word of the Lord” can come to us in some surprising ways and from unlikely sources. Maybe it was that person who really blasted you for some weakness, offense, or transgression on your part. Your first reaction was shame, then anger and denial, but if you managed to get through that you saw that they had a point. There was a doctor who was habitually late for appointments. One day the head nurse in his practice let fly and informed him in angry and resentful terms just how much his lateness affected her and the rest of the staff. When patients were kept waiting it was the staff who took the flak, not the exalted doctor. The staff were fed up. The doctor said that his first reaction was shame, then angry denial. He managed to take a step back from the situation though, and he realized that he really was late very often, and he could begin to see that his behavior was harming others. The truth was told. An angry prophet spoke.

Who speaks for God? Almost anyone can, and almost anything can be the word of the LORD to us – if we are in the right frame of mind to receive it.  Prophecy is the truth about our lives and our world.

Turning now to the gospel story, we can say it was same in Jesus’ day. People invoked God all the time in both the political and religious realms. Indeed they didn’t see a difference. The Saducees said God blesses our king and emperor. The Pharisees said God calls us to holy and set-apart living. The Scribes were the officially sanctioned God-talkers. With the ability to read and years of study behind them, they held the authority to interpret scripture for the people. They said, God tells you to listen to us!

Into this cacophony of contradictory voices, all claiming to speak for God, comes Jesus one day. No official sanction. No blessing from the temple or synagogue officials. No degree from any institution of higher learning. And he teaches. His teaching is simple and direct. “The time is fulfilled, he says, and the realm of God has come near; repent, and trust in the good news.” The people hear this message and they are astounded, because he teaches as one having authority.They hear Jesus’ words and know in their bones that they “prove true.” For this they say he has authority and power.

What is it that gives Jesus this authority?

It’s that he tells the truth. He is a prophet; indeed he is the prophet whom Moses promised would come.

His words have power. When an unclean spirit shows up Jesus is willing to confront it. In this midst of its babbling (The spirit is very religious, did you notice? It uses the words of religion – “holy one of God” – but in the wrong spirit.) – in the midst of its religious babbling, he cuts to the chase: “Be silent!” (NRSV) “Shut up!”(The Message) “Muzzle it.” (KJW – Greek).

Jesus’ authority comes from the truth and power of his words. Words from God.

See? Prophets can speak in surprisingly harsh ways. But point is – and this is where their authority really comes from – prophets always speak to bring healing to people and wholeness to the world. Prophets’ words do not ultimately destroy (maybe the temporary or unjust structures of this world) but they build up. A prophet does not speaks self-serving words, but God-serving. (You can tell a prophet is not being self-serving when her words put her own life or reputation in danger.)  Prophets are not puffed up with their knowledge or bloated up with pride in their status.  Prophets teach and act in love.  And that is something hard to put into words but you recognize it when you hear, see, or feel it.  Prophets convey God’s love for creation.  Anyone who presumes to speak for God but does not convey God’s everlasting compassion for all things is a hollow gong.  That one, says Deuteronomy, shall die – as we all do, without love.

Photo by Patrick Fore on Unsplash