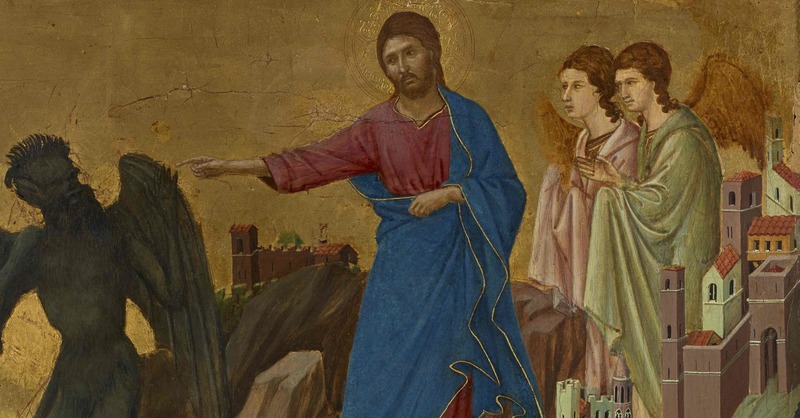 The gospel of Mark is fast-paced and dense with action. We’ve been reading through it since New Years and we still haven’t reached the end of chapter 1. And yet already we’ve seen John the Baptist heralding the arrival of God’s anointed; we’ve witnessed the heavens torn apart and Jesus baptised; looked at him being driven to the wilderness and tempted by Satan; heard his first sermon (“The time is fulfilled, and the kingdom of God has come near; repent and believe in the good news.”); watched him call his first disciples with them “immediately” dropping their nets to follow; beheld him casting out demons and teaching with power and authority; and now healing many, beginning with Peter’s mother-in-law. It’s a pretty impressive first hundred days of ushering in God’s dominion, “on earth as it is in heaven.”

Today I want to dwell on an aspect of Jesus’ activity that we modern Christians often look awkwardly away from, and yet which is fundamental to Jesus’ mission and ministry. I’m talking about casting out demons. Over and over again we see Jesus healing people of their illnesses, confronting unclean spirits, and casting out the powers of evil. Demons appear regularly, shouting in rage and chagrin their knowledge of his power. Jesus’ whole ministry could be seen as a clash with the Devil and his minions, beginning in the desert with Satan himself and culminating “on the third day” when he rose from the tomb and vanquished the forces of death forever. So today we can talk about demons.

There are a lot of possibilities as to just what we’re talking about when we use this word. I can think of at least four.

The first is that a demon is an individual being, like any of us, with a discrete presence and identity, but existing only in the spiritual realm. A fallen angel in league with Satan. This kind of entity has powers in this world to influence and tempt human beings, and maybe even magic-like powers to affect material things. Its mission in this world is to inflict suffering on people, and cause them to sin and turn away from God.

When I was a teenager I was really into fantasy novels with warriors and wizards, elves and monsters, and epic struggles between good and evil. At a certain point I got attracted to a certain sub-genre of Christian literature that was filled with angelic and demonic forces, and tales of spiritual warfare – books like Frank Peretti’s This Present Darkness. In addition to the usual appeal of good versus evil stories, these books had an added thrill and horror because they presented themselves as objective descriptions of our world, just lifting the veil and showing the terrible powers that are real but usually hidden from our eyes.

All this is sometimes the way demons appear in the gospel stories – as beings who “take possession” of people and speak through their mouths, yelling at Jesus to go away or shouting his true identity to the world.

On the other hand, many would say that these biblical accounts of demonic activity (and this is a second way to think of them) are actually ancient and pre-scientific descriptions of mental illness: scary things like manic mental states, schizophrenia, Turret’s syndrome, or persistent delusions. It’s easy to imagine somebody with a pre-modern worldview seeing a person manifesting strange behaviours and attributing them to unseen but personal forces. With the benefit of modern scientific insight, however, we can describe these things as malfunctions of the brain instead of the action of spiritual beings. Sometimes we’re even able to treat these illnesses and bring relief to their sufferers.

A third way to think of the demons of scripture is that they are internal psychological forces—not just in mentally ill people, but in every one of us. Demons are the dark and self-destructive elements of our own nature.

I’ve been writing for the past many weeks about the Desert Fathers and Mothers, people of the early church who left society to pursue lives of wholeness, integration, and peace in the desolate landscapes of Egypt and Palestine. They saw their life as one of struggle with their own demons: pride, arrogance, anger, lust, vanity, greed, sloth, and so on. In their sayings they often pictured these internal forces as demons come to tempt and torment them which they resisted through prayer, fasting, and attentive work; but it is clear that this is meant as metaphorical speech. They understood very well that the demons they struggled with were the darker impulses of their own hearts.

Surely this is also how scripture also sometimes understands demonic forces – as when Satan tempts Jesus in the wilderness. It is understood that he faces not only an external being but also (and maybe even more importantly?) the demons of his own human nature.

Here is a fourth way to think of demons. They represent forces outside of us, that are larger than any individual, but are composed in the end of human impulses and motivations. They are things like systemic racism, embedded cultural homophobia, attitudes of sexism, and colonial oppressions. These demons distort human relationships, deface the image of God that is imprinted on every human being, and diminish the dignity of so many.

This demon is represented in the gospel of Mark by the man who lives in the tombs near the village of Gerasa. His demons are “legion,” a transparent reference to the oppressive occupying Roman regime. This is also the understanding of the demonic described by Paul when he says to the Ephesians that “our struggle is not against enemies of blood and flesh, but against the rulers, against the authorities… against the spiritual forces of evil in the heavenly places.” (Eph. 6:12)

So there you have a mini-treatise on demons, and what might be meant by the word. The answer is not any single one of the above, but maybe all of them. Maybe different things are meant at different times. Maybe one of those descriptions draws you more than another. That’s ok. Because in the end the important thing is not exactly what the real nature of the demons is, but that Jesus casts them out!

He begins, as mentioned already, by overcoming his own demons – resisting the Devil’s temptations to power and glory for himself. And then, standing on the firm internal ground of God’s unbounded love for him, he goes out into the world with the power to silence and cast out all the demons that afflict people. These are demons of mental illness, personal interior struggles, systemic powers of culture and society, and yes, maybe even personal spiritual beings. Jesus casts out, he heals, he reconciles, and he restores people to full, living, and rich relationships.

He does all this through the proclamation of God’s love.
“The kingdom of God has come near.”
dream as a teenager—terror—God’s love

He does all this through the church…
in a house—goes out into the world—accompanied by friends
people are healed and restored in community—12 step groups, church


The powers of darkness and evil are real. The demons hold sway over us in so many ways. But Jesus comes into this world of darkness as light and life. He speaks a word and demons of every kind are cast out. He heals and restores us to right relationship. And he sends us out in his name to confront every demonic force of our world, strengthened and confident in God’s love and power to save.

In the name of the one who vanquishes all evil, Amen.