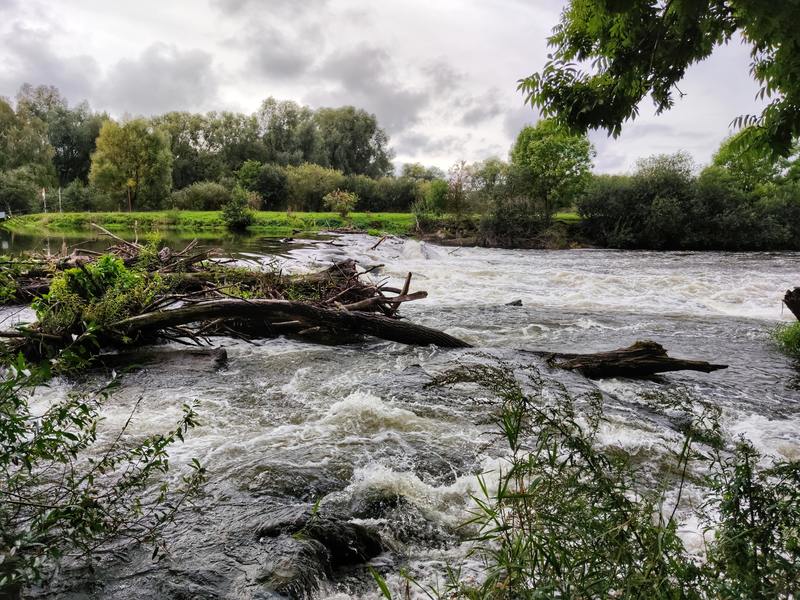 The forty day journey of Lent—from the ashes of our griefs, through the waters of baptism, to the renewal of life at Easter—has begun. In this season we are going to be discovering what it means to be covenant people. On the Sundays of this season we are going to explore the covenants God has made with God’s people—from Noah to Abraham to Moses to David to Jesus—and we’re going to learn what it means to live in the promises and obligations of these covenants—which we take on in baptism. Our pilgrimage of discovery begins today with Noah.

To overview that whole tale, we remember that “in the beginning” God creates the earth and all that is in it, taking delight in the process and the result. Stars, mountains, birds, wetlands, forests, bears, mosquitoes, humans—each is named in its turn “good.” With love and pride, humans are placed into the middle of this beautiful garden of a universe with the purpose of exploring, discovering, and nurturing it.
But then, as we know, things go wrong. The humans model their desire on each other instead of God, with the result that suffering and death enter the world. The first tragic casualty is Abel, murdered by his brother Cain in a torture of envy and resentment. Cain’s sin ripples outwards as human society grows and people are caught up in cycles of corruption and violence that make the world a hell. Eventually all that pride, deceit, greed, envy, condemnation, gluttony, and cynicism—in a word, all that sin—overtakes society and it is drowned, as in a flood.
One person, however, is not caught up in the contagion of sin, and that is Noah, along with his family. Because of this they are able to rise above the flood in an ark, saving themselves and every kind of creature with them. The world is saved through Noah’s obedience and faithfulness, and God’s desire for the redemption of creation. A rainbow becomes a sign of “the everlasting covenant between God and every living creature of all flesh that is on the earth.” So the story that began with creation ends with re-creation, and a re-affirmation of God’s care for all things. God’s word about the universe in the beginning of this story is, “It is good!” And God’s word about all things at the end, even after violence and sin have marred the original intention, is still, “It is good.”

There is something that feels so very contemporary about the story of the Flood.

(And that should maybe not be so surprising since this is a kind of story called a myth. That doesn’t mean it’s false. In fact, it means the opposite! It is a myth because it is telling us something that is true for all times and places, not just a historical kind of story about something that happened a long time ago and very far away. A myth is a mirror of our world. Myths like Noah and his Ark are telling us something about who we still are, and especially who God still is.)

So what is that?

To me, the story of Noah’s Ark feels like a mirror of the contemporary world because everywhere I look I still see corruption, violence, and sin. We live in a world that is polarized into hostile ideologies. The culturally ascendant left detests the right, and the defensive right demonizes the left. It’s Cain and Abel over and over again. We have vast economic disparities, in which the 1% hoard a massive proportion of the world’s wealth, and the 0.1% take even more of a share. The greed of a powerful few results in resentful restlessness for millions who are running out of economic options. Opioids are taking a terrible toll among despairing young people. In recent years more and more of us in mainstream white (male) society have become aware of the painful effects on others of our own racism and sexism. And of course climate change is not going away, even though Covid-19 now dominates the news. Environmental decay and destruction on unprecedented levels really does threaten us today with extreme weather events, rising sea levels, and global flooding. The story of Noah and the sin that overwhelmed his world feels like a mirror of our own.

But I don’t want to sound cynical or become a pessimist. The saying goes that a Christian should have a newspaper in one hand and the Bible in the other. Which means that we should have wide-open and realistic eyes when it comes to what’s going on in our world, but also be aware of God’s promises of steadfast love, mercy, renewal, and resurrection that the Bible proclaims. Faith is clear-eyed, and hope is not the same thing as optimistic fantasy.

The mirror of Noah’s Ark reflects more than sin; it reflects the most powerful promise of God. Which is that even through the worst of human violence and corruption, God is still working to renew and restore. God still thinks this world is good, and is willing to bear any cost to save it. And you can see this in the news too, even if you have to squint sometimes.

People and politicians still show decency and a willingness to listen to each other, even if it doesn’t grab the headlines. Organizations abound that are working diligently for the common good. Compassionate health care workers put their lives on the line to help others. Activists loudly and persistently speak up for what matters and public opinion slowly shifts for the good. Individuals and policy makers make decisions that slowly turn the tide towards a greener, healthier earth. All this good that so often seems small and unnoticed is represented in the story by Noah’s little ark, floating above the vast waters of chaos, but containing in its fragile self the seeds of renewal that will once again—by God’s promise and faithful intervention—make the earth a garden.

You and I are part of this story by virtue of our baptism.
(Pouring water.) These are the very waters that flooded Noah’s world.
Waters of sin and destruction that we confess in this Lenten season, rise out of our own hearts.
But they are also waters that cleanse and purify. In faith and obedience with Noah we are given the power to rise above as the waters wash away all evil.
With Jesus to lead the way, we have gone down into these waters to hear the Voice of God calling us beloved children, and even more, making a covenant with the earth itself to preserve and renew.
After his baptism, Jesus went out to proclaim that the reign of God was near at hand, and he called all people to live accordingly.
In our baptisms we committed to “proclaim Christ through word and deed, care for others and the world God made, and work for justice and peace.” (ELW, Holy Baptism)

Sisters and brothers, as we begin our Lenten journey may we find ourselves, as people of Noah’s covenant, committed again to the promise of God to restore the earth. May we be activated and energized to join with God in Christ in the great project of renewal of all things. May we see with our own eyes the world a garden again.
Amen.

Photo by Nazrin B-va on Unsplash