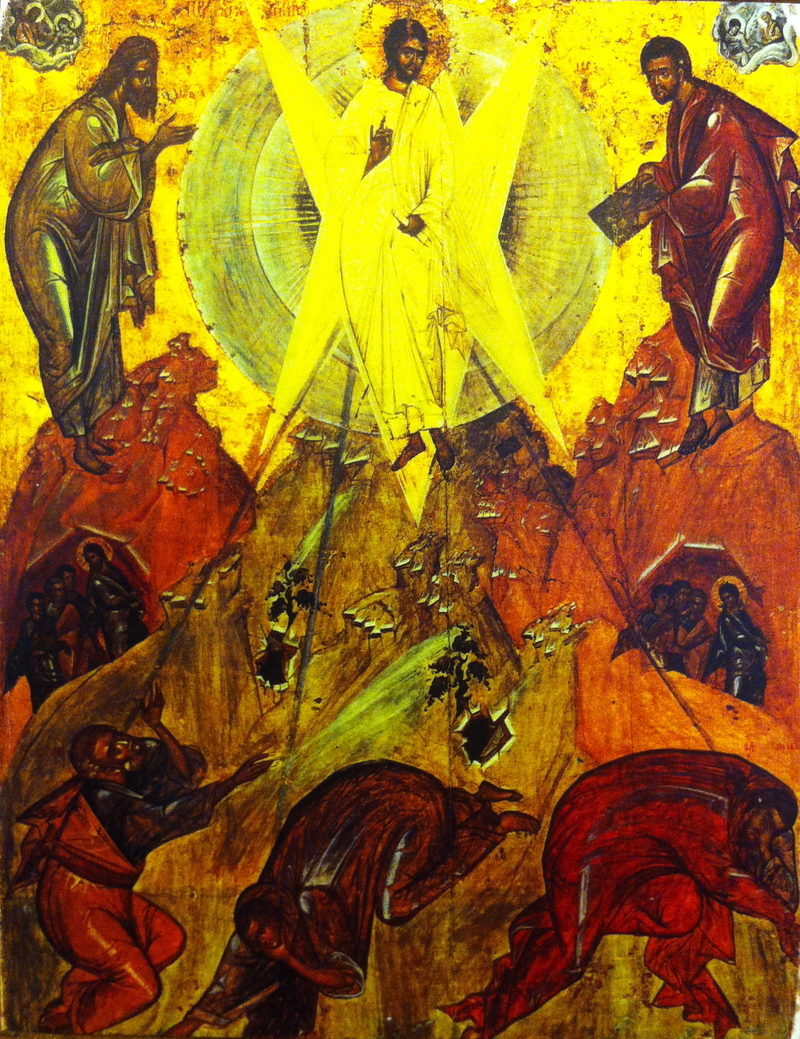 It’s a funny kind of secular festival we mark on this day, this celebration of love. And it’s a strange time of year to celebrate it. In the Middle Ages in Europe, apparently, it was around this time of year that people started to hear the mating songs of birds in the spring. Like the desperate chirrup of the robin that we don’t hear in these parts until early June. So they thought it would be a good time to come out of their winter hibernation and start writing love letters to each other, like the Duke of Orléans who in 1415 wrote to his wife from imprisonment in the Tower of London that he was lovesick for her, his “very gentle Valentine.” In Canada we’re still firmly in the grip of winter on February 14 but still the traditions persist. We write notes of love, beginning as children with sweet cards and yummy candies. We send flowers to our lovers. We go out for special dinners. We follow them up with chocolate and other delights. It’s a celebration of love in all its manifestations. So I wish you again, Happy Valentine’s Day.

Yet maybe this greeting sounds a little trite to you. Kind of lightweight. Valentine’s Day might have some historical roots, yet it feels like a secular holiday perpetuated by Hallmark and the flower industry for their own profit. I feel a little uneasy even acknowledging this holiday from the pulpit. It doesn’t really seem to have a place in the church, even if its ultimate root was the commemoration of at least two martyrs of ancient Rome named Valentinus, both of whom were beheaded for their miraculous acts of healing and their witness to Christ.

You don’t hear about that on any Valentine’s Day card. You don’t usually mention that story to children. Can you imagine? Roses are red, violets are blue, Valentinus was beheaded, but I hope not you…? Of course not! No, it’s all only hearts and bunnies and warm fuzzy feelings that are marketed in the modern celebration.

And that’s why it feels trite and out of place in the church. Because the church is a place where we tell the whole truth about God and this world. Where we do not flinch away from the hard realities of sin and death. Where we proclaim the empty tomb, but not without the cross.

We in the church know that love is so much more than what is usually acknowledged on this day. Love is patience and kindness and gentleness and wishing the very best for another person, but it is also commitment and endurance and suffering and telling the truth. Johnny Cash knew more about love than Hallmark when he sang:

Love is the passion for truth and justice and right relations that gripped the prophet Elijah and would not let him go. It is the force that drove him to confrontation with the authorities, and the power that enabled him to heal. Love came to him in a still small voice when he was alone and afraid, calling him gently back to community and giving him purpose. Love consumed his life and took him in a fiery chariot at the end.

Love is the devotion of Elisha for his mentor Elijah. Ever since the prophet had found him in the field behind his oxen, laid his mantle over Elisha’s shoulders, and called him to come be more than who he had been before, Elisha had followed through thick and thin. When the Elijah’s time on earth came near to its end, Elisha stayed with his beloved master, who was a father to him. It was because of love that Elisha tore his clothes in sorrow when Elijah was taken from him, and he wept.

Love compelled Paul to renounce his former ways of violence to follow the crucified and risen One. He had a vision of Jesus on the road to Damascus and simply put, he fell in love. For this love he was ready to abandon all and follow. For the sake of this love Paul proclaimed a gospel of grace for the nations of the world, a gospel he was willing to suffer and die for. The God of light and love, he said, has shone in our hearts to give the light of the knowledge of the glory of God in the face of Jesus Christ.

The face of Jesus Christ is the face of love, as James and John witnessed on the mountain. In a dazzling vision of glory they saw Moses and Elijah—in other words the Law and the Prophets, the whole Word of God—pointing to Jesus. And they heard the same Voice that had spoken at his baptism naming him the Beloved One.
Jesus in his words tells us the whole of the Law: Love the Lord your God with all your heart and all your soul and all your mind. And in his deeds he shows us the message of the Prophets: Love your neighbour as yourself.

It’s all and only about love. Not only the sweet and innocent love of children on Valentine’s day, wishing each other joy; but also the love that is willing to suffer and die for the beloved. A passionate, powerful, mature love that can move heaven and earth. Jesus shows us God’s love that will not even stop at death in order to rescue and redeem a lost humanity.

from Jerome's Commentary on Galatians, 6:10:
The blessed John the Evangelist lived in Ephesus until extreme old age. His disciples could barely carry him to church and he could not muster the voice to speak many words. During individual gatherings he usually said nothing but, "Little children, love one another." The disciples and brothers in attendance, annoyed because they always heard the same words, finally said, "Teacher, why do you always say this?" He replied with a line worthy of John: "Because it is the Lord's commandment and if it alone is kept, it is sufficient."