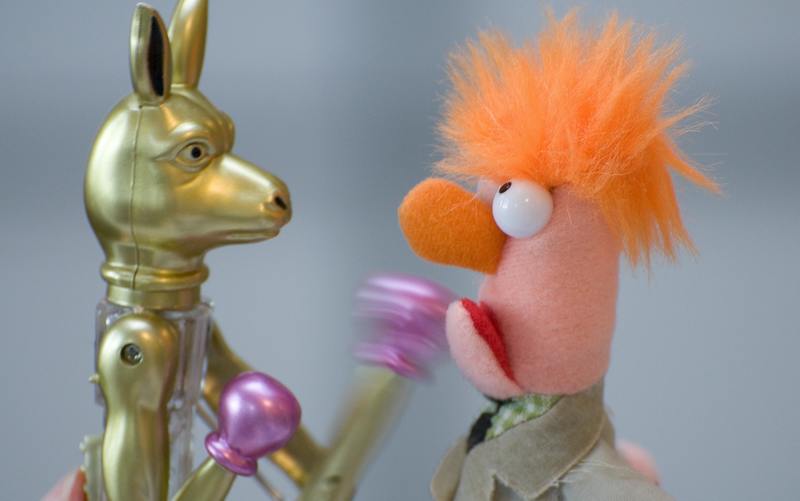 Today we continue to journey with Job through his sufferings and consolations.

We remember how, after he had lost everything — wealth, family, reputation, and finally his health — he sat in sackcloth and ashes and cried out,

Naked I came from my mother’s womb, and naked I shall return there;

the LORD gave, and the LORD has taken away; blessed be the name of the LORD.

There is so much packed into that anguished confession. It’s an expression of grief and pain, but also trust, faith, and even simple, open-handed gratitude. The story could end right there and it would teach us a lot about how we could respond to suffering in our own lives. But the story continues—actually for another 36 chapters that you’d never know about if you only heard about Job in church. The lectionary just skips over the whole anguished, conflicted, struggling heart of the book! For there is a lot that goes on before God shows up in chapter 38 that we heard this morning.

That large middle section is actually all about Job’s friends, and their responses to his suffering. And as ancient as this work of literature is, we still recognize our own responses when we are faced with terrible suffering—either others’ or our own.

Again remember how Job’s three friends—Eliphas, Bildad, and Zophar—hear of his misfortunes and the come to offer sympathy and consolation. My Bible says that, “Looking at him from a distance, they could not recognize him; they wept aloud and tore their garments and threw dust over their heads. They sad there on the ground beside him for seven days and seven nights. To Job they spoke never a word, so sad a sight he made.” (2:12-13)

And now again, it would be great if the story ended right there. The three friends could have taught us so much about how to respond to the suffering of others. How it is enough, and all that is needed sometimes, to simply come alongside in silence. To share the experience and offer the solidarity of your presence. Don’t you remember a time from your own life when you were grieving and someone came and maybe said very little. Maybe they did a small daily chore for you or brought a little thing to eat. By their few words and more by their actions you knew they weren’t trying to fix anything or make your suffering go away (because how could they anyway?) but you could tell just by the way they silently took your hand in theirs that they understood and they shared your pain in some small way. That’s what Job’s friends did for him, and it would have been enough if the story had ended there. But it doesn’t. The friends are admirable for being able to be present to Job in his suffering for 7 whole days and nights, but that seems to be the limit of what they can take before their own discomfort drives them to speak. So instead the friends teach us by their negative example what NOT to say or do when a fellow human being is in pain. Let’s call them FOUR HABITS OF HIGHLY INEFFECTIVE COMFORTERS.

The first is to try to justify the situation. This comes from our deep need to make order of things and understand the world. But in the case of a sufferer this just usually ends up blaming the victim. Fourteen years ago I was struck with testicular cancer. At one point I remember lying in a hospital bed in isolation because my immune system had been so compromised by chemo therapy. And a friend came to visit—all dressed up in protective clothing. At first they really empathized well, but then they started quizzing me on my diet, exercise habits, family history, and ways of dealing with emotions. They wanted to figure out the reason I got this cancer, and what I could do to make it better. (P.S. Science doesn’t know the cause of testicular cancer. The only thing they can say is that your risk level is slightly higher if you are: under 30, tall, and of Scandinavian descent. I guess I checked all three boxes.) When my friend left, all I felt was puzzlement and guilt. The underlying message had been: think! there must have been something you did to deserve this!

That was certainly part of Job’s friends’ message to him. Think! they said. We know there is a cause for everything! We know God is just. God always rewards the righteous and punishes the sinful. Since you are suffering it is obvious that you must have done something wrong. Think what it could be and repent! But this message was cold comfort. It only left Job puzzled and angry.

Here’s another thing NOT to do. Don’t try to silver line things. This is one I hear a lot from other people, and something I find myself doing more than I would like. Here’s how it goes. Somebody shares a trouble that they are going through. Maybe a spouse died. Maybe their marriage is in trouble. Maybe they are going through a depression. Maybe a loved one is going through an illness. And we feel this need that borders on a compulsion to offer some kind of “encouraging” word.

Don’t worry, they’re in a better place now, we say in a particular kind of soft, mellow voice.

Don’t worry, every marriage has its ups and downs—you’ll come through.

Don’t worry, things might look bleak but sunnier days are ahead.

Don’t worry and hang in there—you guys can do this!

These messages might sound bright and encouraging, but their common thread is the injunction: don’t worry. In other words, Don’t feel how you feel. Or at least, don’t tell me about it because I can’t handle that darkness. We think we’re being encouraging but really we’re just papering over a person’s experience, isolating them even more, and disconnecting ourselves from their suffering.

This was Job’s friends too. God is good, they said; the universe is orderly. Things will turn out right in the end. Don’t worry.

What about advising or fixing? Have you ever experienced that? Have you ever done that yourself? Men in particular are notorious for advising the women in their lives on how to “fix” their problems, but women certainly can do this too. I’m ashamed to think of how many times my wife has had a bad day, run into some problems with people, or dealt with some difficult situation—as we all do in the course of daily life—and the moment she gets done sharing with me I jump into problem solving mode. “Well, did you try saying this…” “What about if you did that…” “If it were me, what I would do is…” —followed by some long discourse about how I could make things better. But of course that’s not what she wanted. What she really wanted was just to share and be heard in her feelings. It’s not my job to fix her life; it’s enough to share it.

But so many of us fall into this advising and fixing mode when confronted with the sufferings of life, whether it’s just the daily trials everyone has or the bigger things that come along for some. “Have you tried this medication? My cousin had a friend to took these pills and they worked wonders!” “Well why don’t you just try going for a daily walk? I hear that really helps people in your situation.” “What you really need to do is call this specialist—they’re fantastic and you’ll be feeling better in no time!”

Job’s friend Eliphaz advised him to take his suffering as a lesson from God. “Happy indeed the man whom God corrects! Do not refuse this lesson from the LORD. He will deliver you from sorrow. Heed [God’s lesson] and do so to your profit!” (5:17ff)

But no one likes advice they haven’t asked for. In their suffering advice only makes them feel more lonely.

A fourth response NOT to make to a sufferer is to tell stories, which additionally often take the form of one-upmanship. In the Book of Job this happens when a fourth friend makes an appearance in chapter 32. His name is Elihu and he introduces himself as a younger friend who has stayed silent until now out of respect for his elders. But he is frustrated that the other three haven’t been able to shake Job out of his misery, sadness, and grief. All their arguments about why he shouldn’t feel that way have proven useless; so he says he is going to take a stab at it. (And I use the figure of speech intentionally because taking stabs is all these friends have effectively done throughout the book, only compounding Job’s suffering.)

Elihu’s attempt is to tell a long story about how God is good, Job is a wrong-headed sinner, and God’s creation is meaningful, beautiful, and orderly—so how could Job really complain? His long speech is salted with phrases like, “It is my turn to tell what I know.” “Job, listen to my words.” “Job, give me your attention, listen well; keep silence: I have more to say.” “Lend me your ears, you learned men.” The narrator adds, “Elihu continued his speech,” and “Elihu went on speaking.”

How do you think Job felt to hear Elihu’s long stories? How have you felt when you’ve shared a sorrow, only to have the other person launch into a story of their own? “Ya, I know someone who went through something similar to you and here’s what happened…” Or, “So you lost a parent. You know, I lost both my parents and here’s how things have been…” Or, “I hear you lost your job. You know, I’ve been out of work for two years and I could tell you a thing or two about how to cope…”

All that storytelling does is to turn the focus and attention to the so-called comforter instead of the sufferer.

Throughout all of his long and odious interactions with his friends in the book (who increasingly look more like his antagonists and accusers) Job only wants one thing: to be heard and understood in his pain. That’s all. He just wants someone to listen, connect with his feelings, and acknowledge the full reality of his situation. He just wants love. And he holds out for this response, because he can’t seem to find it anywhere else, from God.

When he finally gets that response—when God answers Job out of the whirlwind of his suffering—it looks nothing like what most of us would first recognize as empathetic. In blistering words dripping with sarcasm God drives home the point that the universe is infinitely more wonderful and complex than a mortal like Job could ever know. In one way God’s answer to Job’s anguish is no answer at all; instead it’s a description of creation that evokes wonder, a description of a world of which Job is definitely not the centre. The universe that God describes is both wonderful and terrible; it includes the mystery of the morning stars singing together and the sacrifice of creatures for the sake of predators like lions.

Job never gets an answer as to why he suffers. Suffering in the universe remains a mystery before which our best response is respectful silence. But Job does get the honour of an encounter with the living God who, just by showing up, offers what none of Job’s friends do: evidence of having listened and taken seriously what Job is going through. It’s an acknowledgement that begins with that voice in the whirlwind, but receives full expression in the coming of Jesus,  God’s suffering servant… etc. ex cardia…

Photo by Frank Busch on Unsplash

The Gratitude of Job

For Such a Time as This