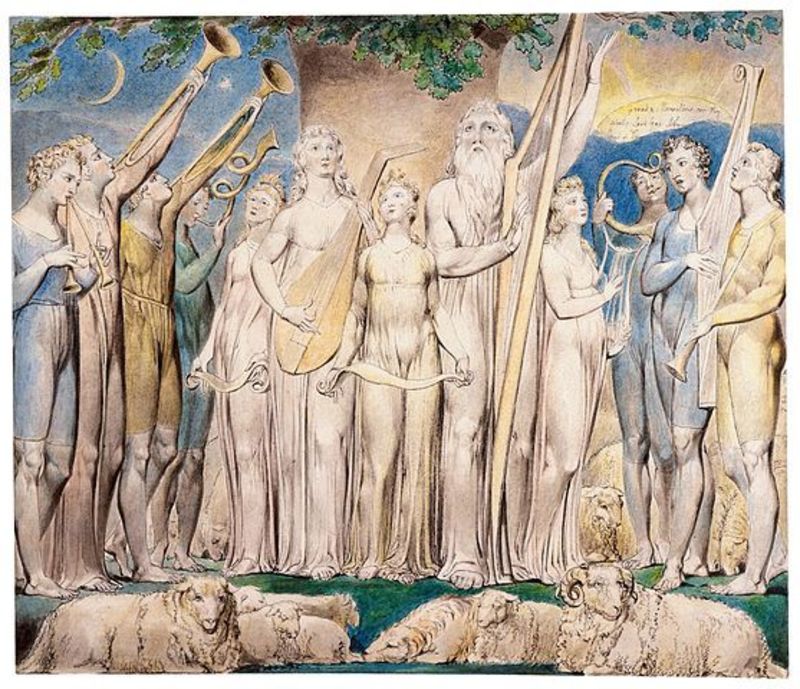 Today we conclude our series on the book of Job and what it teaches us about suffering. But before we look at today’s reading, I want to make an addendum to last week’s sermon. It’s something that’s been bugging me all week, that I feel like I should have said before. The sermon, you might remember, was about the “Four Habits of Highly Ineffective Comforters,” taking a look at the things we often say to people in suffering or grief. We try to justify the situation, with assertions like, “Everything happens for a reason.” We try to silver-line people’s circumstances with pat encouragements like, “Don’t worry, at least her suffering is over now and she’s in a better place.” We advise people on how to fix their problems instead of empathizing. And we shift focus from the other person’s pain to ourselves by launching into stories of our own experience. All these responses, while often well-meaning, actually can be very harmful to others because they lack real empathy. Without full acknowledgement of their pain and a strong response of compassion, sufferers can end up feeling more lonely and isolated than ever before.

All that said… it is far better to show up than stay away. It is far, far better to reach out with inadequate words and gestures than avoid a suffering person for fear we might say or do the wrong thing. I would hate for an effect of my sermon to be that we end up cautiously doing nothing because we’re afraid of being an Ineffective Comforter. I would rather we continued to show up for each other, just with a little more self-awareness and the empathy we already have just becoming a little more effectively expressed.

Today’s reading featured Job’s final, humble response to God’s manifestation, and then his restoration of fortunes, the very last verses of the book. “I have uttered what I did not understand, things too wonderful for me, which I did not know,” Job said, “I had heard of you by the hearing of the ear, but now my eye sees you; therefore I recant my words and repent in dust and ashes.” This expression of respectful, humble awe before the mysteries of the universe, including the mystery of suffering, God deems appropriate. In contrast, to Job’s friends, who purported to know all about God and God’s ways, and presumed to instruct Job himself, God says, “You have not spoken of me what is right, as Job has.” Not only did they lack real empathy for Job, but they had no real humility or wonder in them. They only mouthed words about God that they had been handed from tradition; but Job stuck to what he personally experienced and saw.

And then, after all his sufferings, Job gets back everything he had, but double. He’s in better health than ever, living to the age of one hundred and forty (which could be seen as twice the average expectation of longevity); his reputation is restored as his extended family will see him again, and even give him gifts; he becomes wealthier than ever (where he had seven thousand sheep and three thousand camels before, now he has fourteen thousand sheep and six thousand camels!); and he has seven more sons and three more daughters (perfect numbers, both), and his daughters are the most beautiful in all the land. Job is so wealthy now, that he can afford to give his girls an inheritance too. So: health, wealth, reputation, and family—Job gets it all back, and isn’t that all just wonderful?

I have to say, this ending of Job’s story is really hard to deal with. Because one, how is life ever really like that? And two, it seems to undermine the major point of the whole rest of the book! Because one of the things Job’s story seems to teach is that sometimes bad things just happen to really good people. Often enough it looks like the righteous are not automatically rewarded for being good, and the wicked are not punished for their sins. How and why we suffer seems ultimately a mystery, unconnected to clear lines of cause and effect. Job’s friends, who preached a doctrine of divine orderliness and the knowability of the roots of suffering are explicitly rebuked by God. So for Job to suddenly be restored in all his fortunes as a reward for his righteousness seems very off-message! How do we deal with this ending?

Here’s one way to look at it. It’s to remember that the tale of Job (specifically the opening and the closings) is actually an ancient fairy tale. I don’t mean that as a disparagement or diminishment. A fairy tale is not meant to be a realistic portrayal of life, but a symbolic one. It’s a true story, not for being an accurate account of history, but because of the lessons it embodies that are true for all times and places. Frederik Buechner, the pastor and author, says the Gospel itself comes to us in the forms of Tragedy, Comedy, and Fairy Tale. Job’s story embodies all three forms of the gospel.

The gospel, that is to say, “the good news of Jesus Christ,” is first of all a Tragedy because it affirms that the world is a broken place. Job is a type or prefigurement of Christ, and his story certainly embodies the same tragedies that Jesus himself experienced. Job, a righteous and innocent man, is struck down and broken in every way, as we have experienced. He affirms what we know is true also of our own experience: that life is full of the loose ends of unfulfilling relationships, and the broken pieces of unrealized dreams. That much suffering comes to us that is not of our own making. That sometimes there is no healing of wounds or restoration of fortunes. That the universe can be terrible in its mystery. This is Job’s experience, it is our own, and it is Jesus’ too. It is gospel because it tells this truth about our world.

But the gospel is also Comedy. Comedy is the unexpected reversal, the turn of fortune, the gifts that come to us unlooked for. It is the love, forgiveness, hope, and joy that mysteriously spring forth, even in our darkest moments. It is the healing that Jesus offered at every turn, the liberation of the captive, and sight to the blind. It is Job, still able to offer praise and gratitude after everything has been taken from him: “The Lord, gives, and the Lord takes away. Blessed be the name of the Lord!” And it is his falling down in the dust and ashes at the end of his trials, crying with joy and wonder and humility, “I had heard of you, God, by the hearing of the ear, but now my eye sees you!” In these moments Job is reconciled, whole, and complete — even in the midst of his outer circumstances of suffering. That’s comedy, and that’s our experience too, I think.  …story of burn victim…

Finally, the Gospel is a Fairy Tale. Buechner says this is the transformation that happens when we experience comedy in life, and the unlooked-for gifts of love and grace. For Job it was the deep knowledge that came to him in the depths of his suffering that he would not be overwhelmed by it. That he could retain his integrity and his humanity even when mocked and rejected by his friends. That he could still experience gratitude and wonder, even when in pain. The realization that he could know God and no outside force could ever take that away. In this he prefigured Jesus, who trusted in his heavenly father through suffering, death, and burial. And who was raised on the third day to resurrection life. And that’s what Job’s fairy tale ending is about, I think. His restoration is symbolic of the transformation that can occur in the crucible of suffering, and an image of the hope that life can and does happen after death. Commentator Debie Thomas notices that in his restoration we see Job choosing life, choosing courage, choosing to open his heart to love again. Thomas continues,

This is the choice that lies before us, too.  When suffering comes, when loss shatters our belief in a predictable world and a “safe” God, what will we do?  Will we opt out?  Will we close our hearts around our wounds and never risk life again?  Or will we participate in the lavish, unbounded love of God, who adores a created cosmos that includes contingency, chaos, destruction, and disorder? We are free to choose — just as God is. We are free to risk our hearts or not — just as God is. (https://www.journeywithjesus.net/lectionary-essays/current-essay?id=2966)

Job’s story embodies Tragedy, Comedy, and Fairy Tale. Our lives hold the same elements; it’s never all dark and it’s never all light. Like Job we have the chance to choose faith, hope, and love—even in the midst of our darkest nights. And we can do this because of Jesus, in whose own life we are taken up. We have been baptized into the tragedy of his suffering and death, and even so we will also be raised with him in the fairy tale of resurrection, when we will be completed one day, and in the words of the mystic, Julian of Norwich (no stranger herself to suffering and death, having lived through the Black Plague), who saw the entire universe as a little hazelnut and sustained by the infinite love of God, and who knew the terrible gravity of sin, and yet said:

All shall be well,

and all shall be well,

and all manner of thing shall be well.