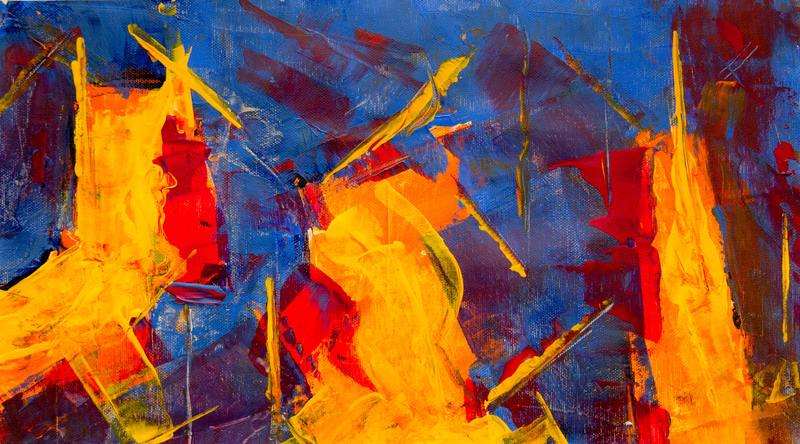 The season of Epiphany, which we have been in since the beginning of January, is a season of ENCOUNTER and CALL. Throughout this season people ENCOUNTER God in many ways, and that meeting results in a CALL; they feel impelled to do something as a result of their experience.

Early in the season WE encountered Jesus as…

the King of the Nations as the Magi brought their gifts,

the Beloved Child when the voice of God spoke at his baptism,

the Host of the Messianic Banquet when he turned water into wine at the wedding at Cana,

and the Anointed One of God sent to bring good news to an oppressed people.

And we heard stories of people who encountered God…

in the reading of the Torah by Ezra the priest,

in the Voice that spoke to Jeremiah,

… and today, in worship when Isaiah had his vision, and in daily life where Jesus met Peter, James, and John.

Isaiah met God while at worship “in the year that King Uzziah died.”

Stop right there. Why do you think Isaiah remembers that year? Why is it, maybe, that he encountered God in that time?

King Uzziah was one of Israel’s better kings, according to the book of Chronicles. “He did what was right in the sight of the LORD,” (II Chron. 26:4) and his reign prospered from the time he was 16 until he died 52 years later. Uzziah established a strong and effective military that maintained peace in the land, and he presided over large public works projects, especially agricultural improvements, “for he loved the soil.” (v. 10) But towards the end of his reign he overreached. Uzziah tried to usurp the role of the priests as God’s representatives by walking into the temple one day and attempting to burn incense at the altar. The priests staged a protest and Uzziah tried to confront them, but before things could go very far the king broke out with a skin condition. He was hustled out of the temple and into a private house where he spent the last 11 years of his life and reign.

Under King Uzziah, Isaiah knew peace, prosperity, and stability; but then also, in the last years, disgrace and unease. The monarch’s death was a seismic moment for the prophet, throwing him—along with the rest of the nation—into confusion and uncertainty about the future. It is in that year, in that dark time, that Isaiah encountered God while in the midst of an ordinary worship service.

Sometimes it seems to me that one of God’s favorite things to do is to come to people in the middle of times of distress, transforming their experience. “In the year that King Uzziah died” could be for us “In the year that my father died. In the months after my church closed its doors. In the year my relationship ended. In a season when my national leaders disappointed me. In those days when Covid broke my heart. In that time when tragedy struck my family… In that time of grief, sorrow, crisis, or confusion… I saw the LORD.”

Debie Thomas says: “We might not see wings, thrones, or tongs when God appears. But the witness of both scripture and history is consistent in promising us that our God is a God of the encounter. God appears, God speaks, God reveals, and God hears. Our task is … to look for the sacred in the specific details of our lives. Not just in the pretty details, but in the messy ones as well. Sometimes, it’s when “King Uzziah” dies — when our heroes fail, our foundations tremble, and our resources dry up — that we see the Lord.” (https://www.journeywithjesus.net/lectionary-essays/current-essay)

For Isaiah it happened while he was doing what he thought was a very ordinary activity – worshipping in the temple. But suddenly it was as if the veil was removed and he saw what was really happening in that place: the LORD sitting on a throne so lofty and majestic that just the hem of the royal robe filled the entire temple space, mighty serpents with wings crying out praises, the smoke of incense swirling everywhere. All this was always present, it’s just that now Isaiah was opened to see the true nature of reality.

It’s the same here with us. Do we know it? Can we see too?

Annie Dillard, in a classic essay called Expedition to the Pole, had the same vivid, awe-some, and fearful awareness of God’s real presence in the liturgies of her little country church. And she asked with alarm:

“Does anyone have the foggiest idea what sort of power we blithely invoke? Or, as I suspect, does no one believe a word of it? The churches are children playing on the floor with their chemistry sets, mixing up a batch of TNT to kill a Sunday morning. It is madness to wear ladies’ straw hats and velvet hats to church; we should all be wearing crash helmets. Ushers should issue life preservers and signal flares; they should lash us to our pews. For the sleeping god may wake someday and take offense, or the waking god may draw us to where we can never return.”

God aches to encounter each of us, and to draw us to where we can never return from – a renewed transformed life of discipleship and faithful service. This is the CALL.

Isaiah encounters God in trembling despair. He resists and fears the transformation that could happen. “Woe is me! I am lost, for I am a man of unclean lips, and I live among a people of unclean lips; yet my eyes have seen the King, the Lord of hosts!” Isaiah knows that the encounter with the waking and living God must mean either transformation or death for him.

Do we resist the Encounter too? And for the same reason? That we know we’ll never be the same? Maybe we protest also: “We are people of unclean lips (and maybe we even like them that way)! We live in a world of “cyberbullying, hate speech, name-calling, microaggressions, profane chanting, and promulgation of conspiracy theories” (Charles Aaron, commentator) – God, choose somebody more holy.

But with God weakness, vulnerability, brokenness, or sinfulness are not obstacles. They’re maybe even assets.

A seraph flies from the brazier by the altar with a hot coal and touches it to Isaiah’s lips and he is forgiven, transformed, and made worthy of God’s call.

Here, at this altar, we ENCOUNTER God when we receive the body and blood of Christ, as fiery and purifying as the ember in Isaiah’s vision. Here we are forgiven, cleansed, renewed, transformed, CALLED, and sent out for mission.

What does that CALL and that mission look like? Of course it is unique to every individual, but the gospel story gives us an image.

Jesus says to Simon, “Put out into the deep water and let down your nets for a catch.” As with Isaiah, the ENCOUNTER and CALL are coming in the midst of ordinary circumstances. Peter is a fisherman and he knows all about his profession. His first response is resistance: “Master, we have worked all night long but have caught nothing.” But he also shows some willingness to go with what Jesus says, if only to humour the strange teacher. “Yet if you say so, I will let down the nets.” And of course when he does he hauls in the hugest catch he has ever seen. “Do not be afraid,” says Jesus, “from now on you will be catching people.”

As Peter was CALLED, so are we today, through our ENCOUNTER with the living Christ in the sacrament. We are called out into the deep waters of this world. Deep waters of pain and suffering. Deep waters of injustice and oppression. Deep waters of hurt and disappointment. We know these waters because we ply them all the time. But now we are empowered to cast in nets of grace and mercy and love, nets that will transform the people they catch.

May we, with Simon and James and John, leave everything to follow this Call. May we, with Isaiah, respond finally with joy: “Here I am, send me!”

Photo by Steve Johnson on Unsplash