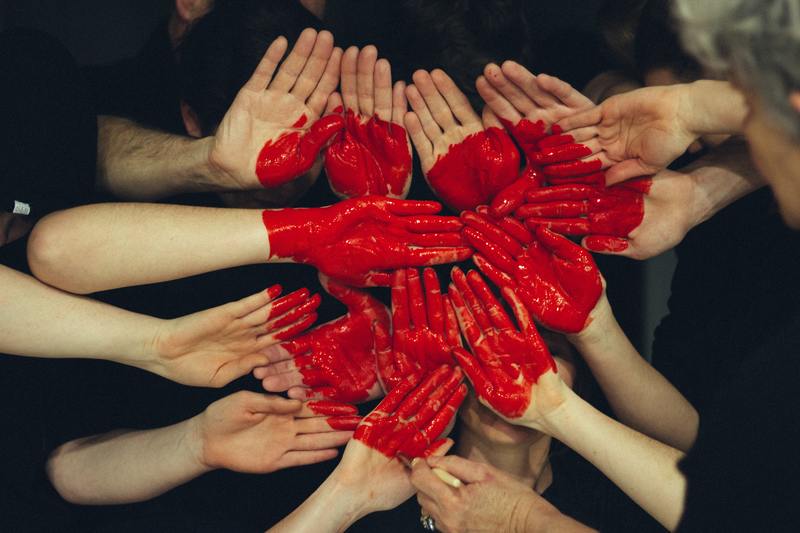 “Hey Jesus,” they asked, “why is there so much suffering in the world?”

I don’t know if their intention was sincere or cynical. Sincere as in, “Hey Jesus, did you hear about the latest outrage committed by the tyrant Pontius Pilate? How he murdered some Galileans while they were offering their sacrifices at the temple, and then mixed in their own blood with the sacrifices on God’s altar? It’s outrageous and sickening, isn’t it? Jesus, you’re a wise teacher sent by God; please help us make sense of this! Did those Galileans commit some terrible secret sin that they deserved such a fate?”

Or were the questioners more cynical? Was their question more like, “Hey Jesus, since you’re such a prophet, explain to us how God can allow such a sacrilege to happen! Or maybe there isn’t a God after all, with such things taking place in the universe.”

Maybe the spirit of the question doesn’t matter. Maybe the questioners are both sincere and cynical, wavering between faith that is struggling to hold on and despairing doubt. Either way, they want Jesus to help them make sense of something senseless: an absurd and shocking violence committed by a brutal and oppressive dictator.

The situation sounds very familiar, to be honest.

Yesterday CBC news reported:
“Around Ukraine, hospitals, schools and buildings where people sought safety have been attacked. At least 130 people survived the Wednesday bombing of a Mariupol theatre that was being used a shelter, but another 1,300 were believed to be still inside.”

Maybe we wonder, too, whether Jesus can help us make sense of it all when terrible things happen in the world.

Here are some things he does not say:
“About those Galileans Pilate killed? You might not know what their sin was, but rest assured, it must have been great. Because God always rewards the righteous and punishes sinners. Don’t worry, even if you can’t always see it, there is order, predictability, and justice in the world.”
“It was God’s will, and Pilate was just God’s instrument of justice.”
“Such news is hard to bear, but don’t worry, God always has a reason, and God will never give us trials that are beyond our strength.”  ---- (sidebar…)
“About that theatre with all the civilians in it that Vladimir Putin bombed? Don’t worry, their sacrifice was noble and will give strength and energy to those who fight on.”

No, Jesus says none of these things. He refuses to make the suffering have meaning or purpose. He never offers a platitude of cold comfort. He doesn’t extend a false promise of understanding. What he says is, “Do you think that because these Galileans suffered in this way they were worse sinners than all other Galileans? No, I tell you!”

What he does is confront our natural wish to understand and thereby control events that are large and mysterious and terrible. He’s confronting the doctrine that seems natural to human beings, that there is a cause and effect for everything, including in the moral universe. Good things happen to good people, and bad things happen to bad people, and we can thereby control our fate and fortune in this world. We can thereby create meaning and have understanding of events.

But Jesus says No. It’s not that easy. You can’t just separate yourselves off from “those Galileans” as if they were somehow at fault for what happened to them. What you CAN do is take this moment as an opportunity for REPENTANCE in your own life.

Now REPENTANCE is a big word with a lot of baggage, as I mentioned in the meditation last Wednesday. What it really means at its core is literally (in Greek) to change one’s mind. Repentance is having a change or transformation of the way you see the world, and the way you are acting in the world.

Jesus is saying that you can take these big tragedies, like a shocking murder, an engineering disaster (as when the Tower of Siloam fell down and killed a bunch of innocent people), or a senseless war as occasions to ask abstract, unanswerable questions – or you can take them as opportunities to connect with your own humanity and the humanity of those involved. You can take these as moments to lament with shared sorrow, and discover compassion in your own heart. Maybe your repentance will mean taking a stand to resist violence, or advocate for better engineering standards and closer oversight of the industry of tower construction. Repentance is connecting with your own humanity, and the humanity of others.

When is the time to repent? Well, it could be in those moments of shock and confusion that cause us to ask the big question of Why? but in reality for Jesus and the prophets that came before him, the moment is always NOW. “Seek the Lord while he may be found, call upon him while he is near,” urges Isaiah. “O God, you are my God; eagerly I seek you,” confesses the psalmist. “Watch out that you do not fall,” warns Paul. “Unless you repent, you will all perish, unexamined and unready,” cautions Jesus. The time to let go of distractions and awaken to your heart of compassion is NOW!

Photo by Tim Marshall on Unsplash